Sooner than expected… my goal of snatching up a nice cyclecar has already been achieved! : ) After some initial orientation and looking and enquiring around, it transpired that I had to take a quick decision! Sometimes you just need to have faith and believe in miracles! The next day after having contacted the seller my dad and I left to start our journey to Austria to see the CGS and to get things sorted out. I must admit that before we left we already had seen a lot of details and pics of the CGS. It looked perfect and that made us decide to be madhatters and just GO! 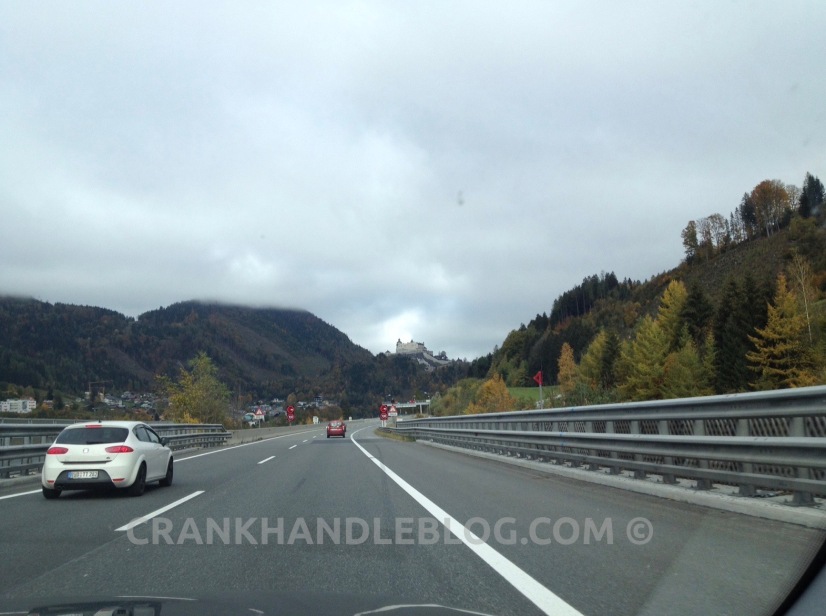 After some half fast and half slow in Germany (due to Stau and Straßenbau – traffic jams and road works) 1200 kms we arrived in Austria in Kärnten (Carinthia), not far from the Porsche museum in Gmünd. I was glad to experience once again the German road circuit, when there was no congestion! But before that we crossed the great Belgian Ardennes and then the beautiful German Eiffel where one of my horse lives in retirement – lucky horse!

While in Belgium we visited a nice workshop that specialized in Alfa-Romeo. A place like you don’t see too often anymore! Severals car were hidden in the back of the garage like a Mercedes 220A Cabriolet and a Citroen Traction Avant. Next to the workshop was a showroom with surprisingly some very interesting cars like a Ferrari Dino, a Lagonda, an Amilcar (presumably a M3), a Mercedes 230SL and even a 300SL in original condition! : ) In Germany we also stumbled upon a garage that imported American cars from California like Cadillacs, Mustangs… and again a Mercedes 230SL. 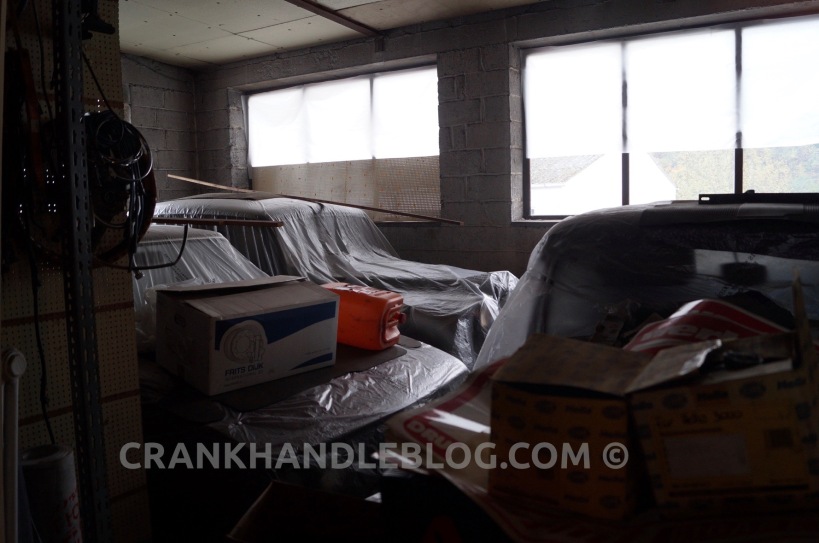 It was a true pleasure to meet the seller of the CGS! I very nice man who gave us all the details we wanted. When he opened the garage door behind which the CGS was hidden… I immediately fell in love! I instantly knew that this CGS was my car! After a detailed inspection of all the car, helped by the Amilcar ‘bible’, we came to business. Luckily the seller agreed that I was the new owner of choice for the CGS and so, at the end of the day… in the POCKET! : ) OMG, I just couldn’t believe this was really happening! Sadly I had to say bye to the CGS until the day we would return to pick it up.

We stayed in Gmünd at a lovely hotel with the greatest view and superb food. Next to our room was a wide shallow mountain river which made such a fine waterfall sound and we had a view on those nice typical Austrian chalets and snowy mountains!

Our room was included with an extra room with a bunk… Perhaps for the regugees? Next morning we hoped to visit the Porsche Museum, but sadly it was closed : ( At least I can share some pics of the outside of the museum! : ) Our journey back was speedy, you know me… ; ) 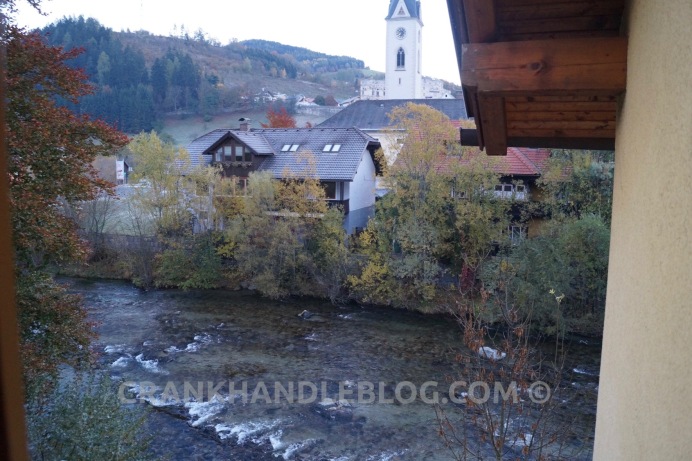 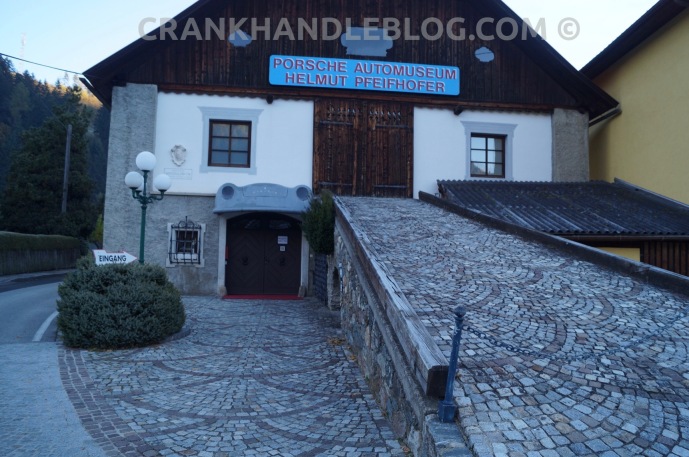 Next up was the planning for our next trip with trailer to collect the CGS! I want to thank my dad, because he spent so many hours helping me to find that one GREAT car, the ONE AND ONLY! : )

We enjoyed Austria a lot. The Alps are such a wonderful environment, only sad that the speed limits are so strict with many cameras. If you like long tunnels… That’s the place to go… 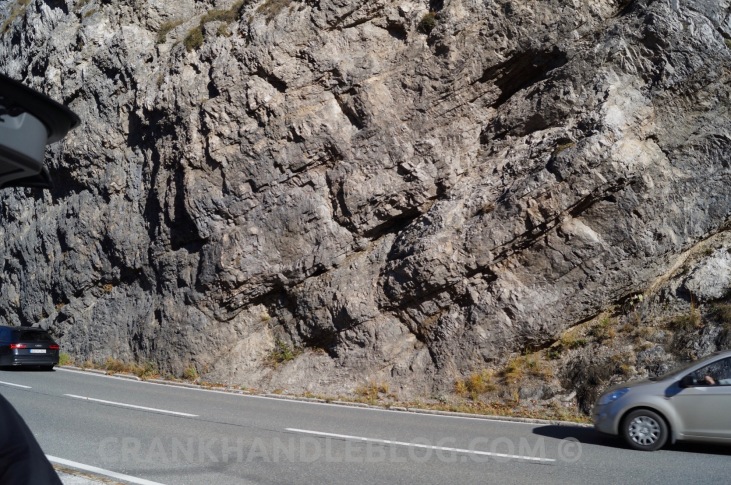 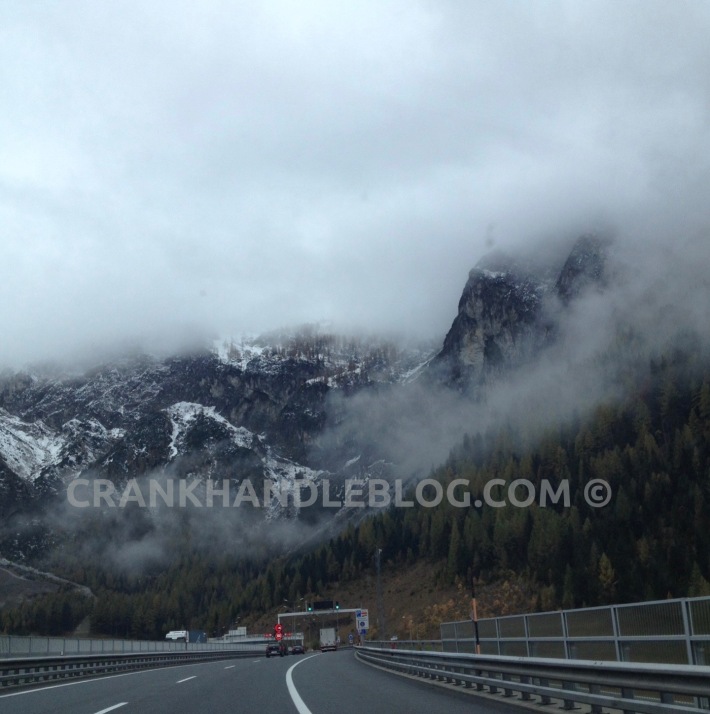 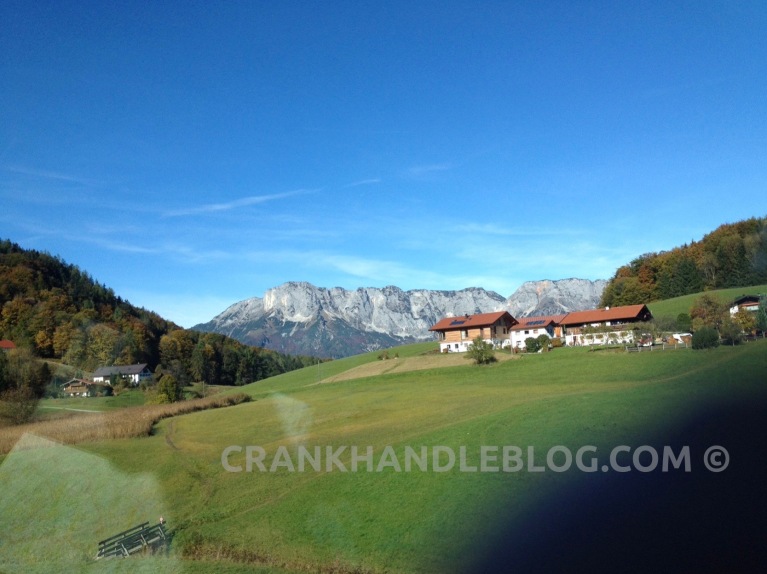 Next up the second journey, the moment of truth! : )

4 thoughts on “THE AMILLIONCAR HAS ARRIVED! MEET MY RED AND MOST ELEGANT DRAGON/UNIKORN ; ) – PART 1”