Next door is Liberty Graphics which makes beautiful silk screened products. We then followed the Moosehead Trail on our way to a picnic lunch in Unity, ME. Unity has become the center of sustainability and the organic movement, with the headquarters of the Maine Organic Farmers and Growers Association being cited here as well as Unity College. MOFGA and their annual fair are the authorities on all things organic, and the college has developed a strong curriculum featuring green living and sustainability. The Town is also home to a growing Amish population, as we leave town you may spot signs for the Amish Butcher/Charcuterie where you can pick up some quite tasty sausages. 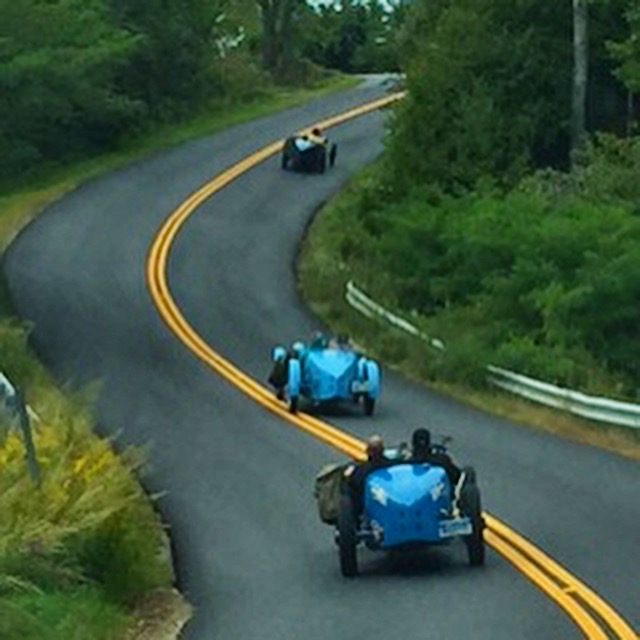 After leaving Unity we again passed by Fort Knox and the Verona Narrows Bridge, before arriving at the at the Penobscot Marine Museum in Searsport. Not just a boat museum, PMM includes 9 historic buildings from the early 19th century in Searsport. The museum is home to an extensive collection of boats and artifacts highlighting Maine’s history of shipbuilding and its fisheries heritage. A current exhibit highlights postcards sent from every town in Maine, based on Postcard Day, April 19, 1916.

Our departure today took us past one of midcoast Maine’s most popular outdoor areas: Megunticook Lake and Mount Megunticook. Like the other mountains and lakes in this area, this geography was created by the retreating ice sheets that covered Maine two winters ago, Megunticook was the Abenaki name for this entire area, the word means ‘great swells of the sea’ and is taken to describe the hills.  Due to the inclement weather we shortened the route and headed to the town of Thomaston.

Much of the day we followed the course of the St George River, one of the power houses literally and metaphorically of this region. In addition to the mills which were numerous on its upper regions, the bottom section of the river made an ideal shipbuilding hub in the town of Thomaston. Initiated in large part by Henry Knox, revolutionary general and Washington’s first Secretary of War. Knox built a mansion here in 1795 and established operations in ship-building, farming, lime baking and even attempted to build canals along the St George River. The shipbuilding continued and many sea captains settled here contributing to the number of handsome Greek Revival homes in town. We were given fabulous guided tours of the mansion as it stands now,  the original mansion had fallen into disrepair by the end of the 19th Century and was torn down, a replica was built in the 1930’s. 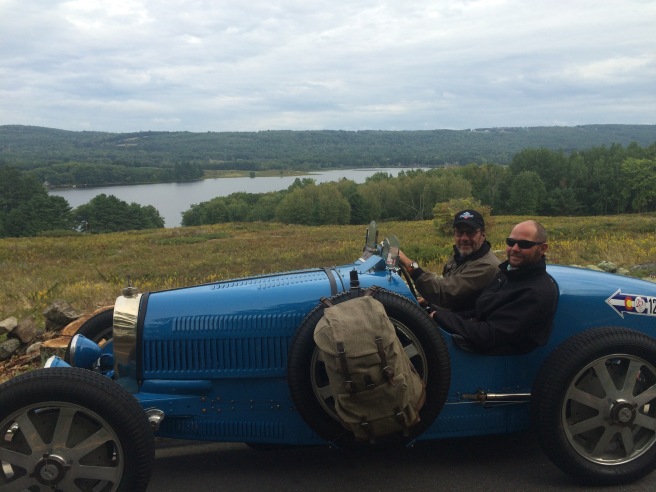 Lunch on this day was at the The Owls Head Transportation Museum. Founded in 1973 as somewhere people could fly old planes, it quickly developed into an auto and plane museum, with the emphasis being on operational and operating machines. Their summer schedule includes gatherings most weekends where vehicles are driven and flown. One slightly hidden gem at the museum is the plane that American Bugatti racer Bill Milliken built as a teen. Bill grew up in OId Town, ME and flew his plane at Old Orchard Beach.

After leaving the museum we passed through the town of Cushing, home to many artists including Andrew Wyeth. A small group of us detoured to the Olsen House, scene of his famous painting ‘Christina’s World’. A Bugatti inspired recreation was eventually staged. 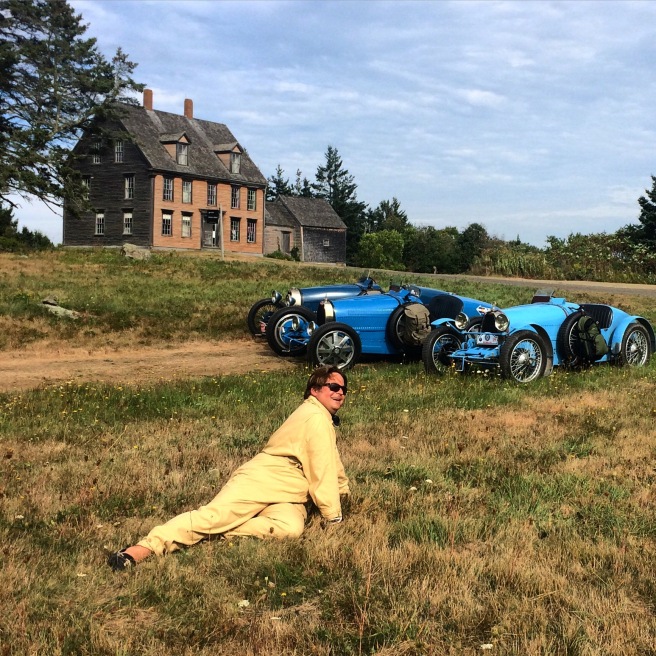 Maine is at the heart of the local food and drink movement, in addition to the many internationally renowned restaurants, Maine is home to over 60 micro breweries and an increasing number of wineries and distilleries. Sweetgrass Winery is one of these, producing gins and brandies as well as wines. We stopped in to sample some of their fine beverages. Our final dinner was at the Youngtown Inn and much amusement was had recapping the adventures of the day and week. It never ceases to amaze what good fun can be had with the kinds of people brought together by these crazy old cars.