We already met the P400 and P400S, time for the P400SV! This was the last model in the P400 line that actually looks like the other Miuras. The P400SV can easily be distinguished from its predecessors, the P400 and P400S, because the SV doesn’t have the striking characteristic of the ‘eyelashes’ around the headlights. It also has wider rear fenders to accommodate the new 9-inch-wide (230 mm) rear wheels and Pirelli Cinturato tires, and different taillights.

Production started in 1971 and a total of 148 SV Miuras were built until 1973, so a VERY exclusive car. SV stands for Super Veloce, which means high speed or super fast and it had an additional 15 HP (11 kW), raising the total power output to 385 HP (283 kW)! This was realized with the special Miura SV features such as different cam timing and altered carburetors.

The last 96 SV engines had a split sump. The gearbox now had its lubrication system separate from the engine, which allowed the use of the appropriate types of oil for the gearbox and the engine. This also alleviated concerns that metal shavings from the gearbox could travel into the engine with disastrous and expensive results and made the application of an optional LSD far easier.There was a misprint in the SV owners manual indicating bigger intake valves in English size (but correct size in metric). The intake and exhaust valves in all 4 liter V12 Lamborghini engines remained the same throughout all models. This intake size misprint carried forward into the Espada 400GT and Countach LP 400/LP 400S owner’s manuals as well. Easy to forgive when you see the masterpiece Lamborghini had created! Everybody makes mistakes… 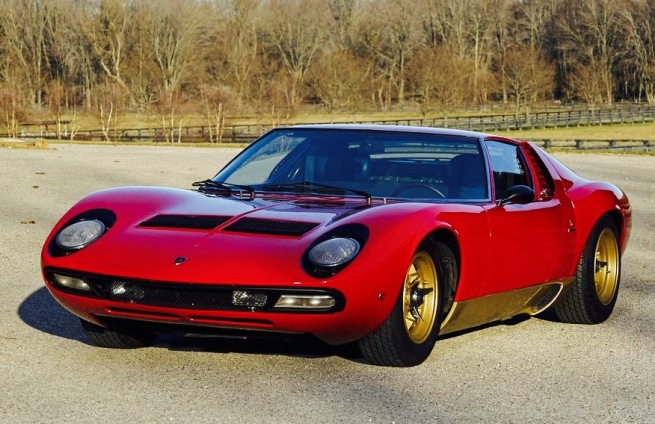 The P400 line continued with the one off Miura Jota, built in 1970 as true race car, a V12 3929cc with 440 hp. Good for a top speed of 186 mph (300 kph)! This Jota was created on instigation of Lamborghini’s development driver Bob Wallace. He created a test mule that would conform to the FIA’s Appendix J racing regulations and the Jota was born!

The chassis and engine of the Miura were transformed by some extensive modifications, which resulted in weight reduction. This was realized by replacing several steel chassis components and body panels with the lightweight aluminium alloy Avional. Also the side windows were changed to plastic. With lightweight wheels added the finished product was a staggering 800 pounds lighter than a regular Miura, 890 kg (1958 lbs).

The Jota received a front spoiler and the headlights were replaced with fixed, faired-in units. Wallace substituted two smaller sill-mounted fuel tanks for the single larger original unit. The suspension was reworked and made wider, becoming 9 inches at the front and 12 inches at the rear. The engine was modified as well to produce 418-440 bhp at 8800 rpm, with an increased compression ratio, altered cams, electronic ignition, dry-sump lubrication, and a less restrictive exhaust system. 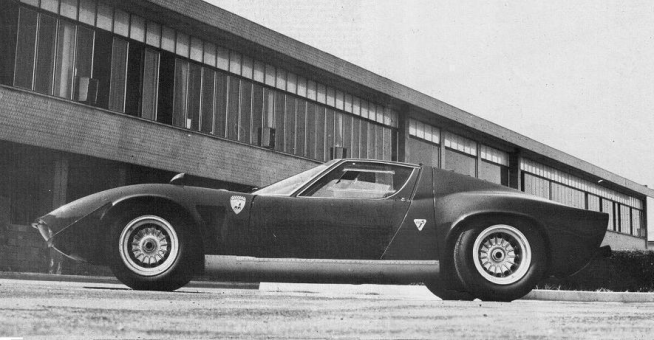 #4934 was built for the Shah of Iran Mohammad Reza Pahlavi and his SVJ was located in Tehran. My dad lived there a long time ago, but he would not have seen the car anyway because the car was under armed guard… Mohammad also owned a SV, but after he fled the country during the Iranian Revolution his cars were seized by the Iranian government.

A fun thing to mention is that in 1997 a SVJ was sold in a Brooks auction to Nicolas Cage for 490,000 USD! It was then a record price for this Lambo model at auction, but today these cars are selling for over $1.9M. So 1997 was THE year to strike a SVJ bargain…!

Of the seven known original cars #4892 is a recent addition to the list of known genuine SVJ’s, after factory documentation now having come to light. An eighth SVJ was built at the Lamborghini factory between 1983 and 1987 from an unused Miura S chassis. It was made for Jean Claude Mimran, one of the Mimran brothers, the then owners of Lamborghini. Most experts do not recognize this as an official SVJ , because it was converted long after the Miura went out of production. 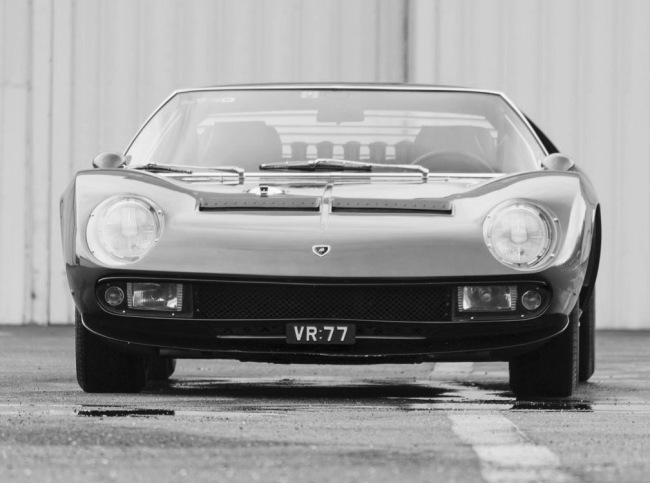 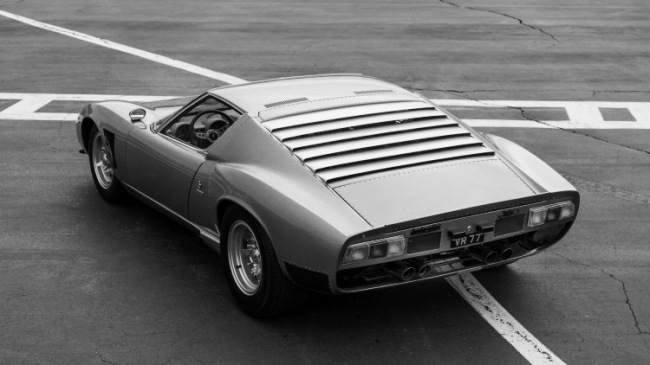 Always check the chassis number to recognize a true SVJ, because various garages upgraded other Miuras to SVJ specifications, trying to imitate the real factory SVJ’s.
Well, it turns out that the P400 family is not so small, I must say! The next article will be part 3, because three models are still to be discussed! 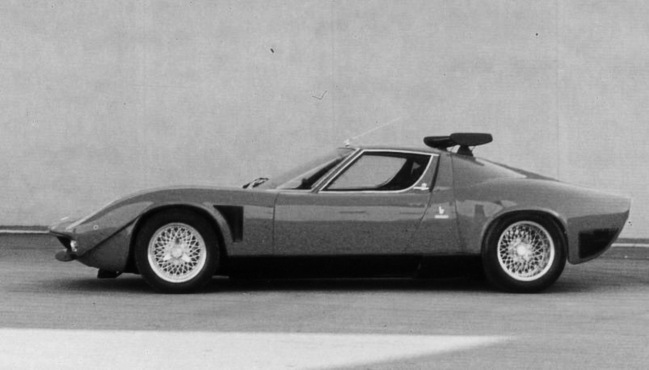 One thought on “THE COMPLETE MIURA FAMILY TOGETHER! – PART 2”