This week we dive into a world full of decadence and madness with the new theme ‘Maharaja automobiles’! Get ready for some real crazy stories where money is immaterial! It is all about the Indian Princes, many of whom were Maharajas, but also other titles, about which you can read below. 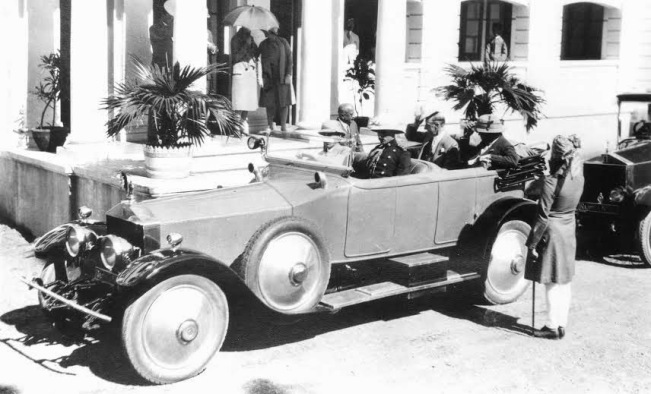 With this introduction article I will attempt to briefly explain the culture of this ‘princely’ world. Until Independence in 1947 (when India was freed of British governance), two-fifths of the Indian sub-continent comprised over 565 Princely States, ruled by Maharajas, Rajas, Ranas, Jams, Nawabs, Mirs and one Nizam. This Nizam was once considered the wealthiest man in the world! The Nizam of Hyderabad had a state of 82,698 square miles and 21 gun salutes, he was a real big boss! The larger the area of the Princely State in square miles the more gun salutes! Gun salutes were a way to welcome His Highness (HH)… Even the Nawab of Sachin had 9 gun salutes with his tiny 49 square mile state. By far most Princes were Hindu, but also Muslim, Sikh or Buddhist. 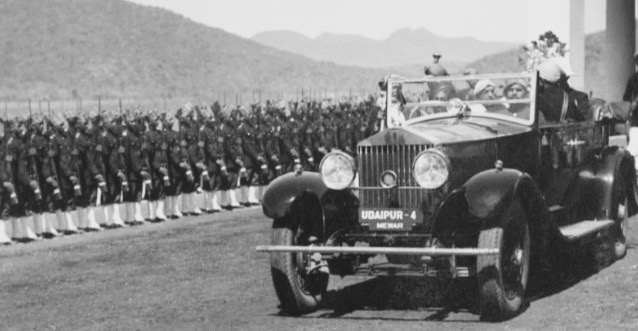 The Indian Princes were interested in everything, as long as it was EXPENSIVE, VERY EXPENSIVE! Palaces, jewelry, furniture, interior decoration, camping gear, trains, airplanes and of course automobiles, you name it … And when you got bored with your possessions, you just left or buried them. Cars, even Rolls-Royces, were simply pushed over the cliff, or buried when they were no longer wanted and had to be disposed of.

From the beginning of the 20th century thousands of exclusive motorcars were shipped to the shores of India for the privileged use of wealthy ‘zamindars’ (land owners) and millionaire merchants and of course Indian Royalty. Can you imagine? Not surprisingly, nowhere else in the world were luxury cars put to such varied uses as ceremonial processions, tours of the state, weddings, shikar (hunting) or for purdah women (secluded women) and on occasions even as conveyors of garbage! Those last three subjects will each be dealt with in an article during this week! 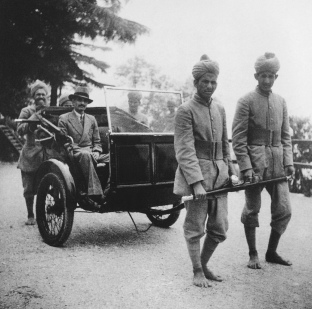 Before the exclusive automobiles came to India, until the beginning of the 20th century, the primary mode of transport for the Maharajas and Nawabs of India comprised ornate palanquins, pedigreed horses, bedecked camels, magnificently decorated elephants (they loved their decorations!) as well as carriages drawn by elephants, horses, camels, bullocks, zebras and occasionally also humans.

The reason why there are still a lot of those classic treasures out there in India is because of the export ban that was introduced after 1970. Very few vehicles left the country since then, only those few which were smuggled out of the country. Fortunately an active collectors movement has developed in India in more recent years and a great number of cars have been restored now. Manvendra Singh Barwani, who owns the restoration outfit ‘Classic Cars of Indore’, has restored many ex-Maharaja cars, including Hispano-Suiza H6B, Mercedes-Benz 540K, Bugatti, Lagonda, Bentley, Rolls-Royces (they were very popular with Indian Royalty), etc. 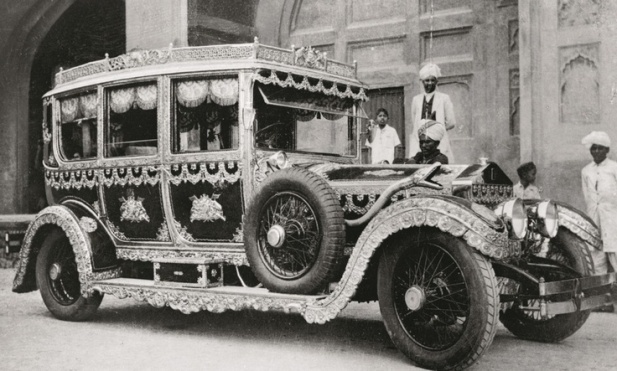 Many of the Indian treasures however went to vintage car museums or private collectors all over the world. Some cars might still be buried or languishing in Royal palaces. Some of those priceless cars are neglected, but still in original condition. Although they are not all neglected… sometimes they were looked after with love and care! Sadly there are also cars that were dumped locally on scrap heaps or simply left to slowly disintegrate after having been vandalized, destroyed and gone forever : (

The luxury automobiles became a major symbol of prosperity, power and prestige (the 3P’s). Next to the supercars, the Princes also loved shikar, sadly especially tigers : ( This hunting sport was the exclusive privilege of Indian Royalty before Independence. Almost every large and medium-sized state had its own game reserves and an abundant share of wildlife. In an upcoming article I will talk about some very specially fabricated ‘shikar limousines’! 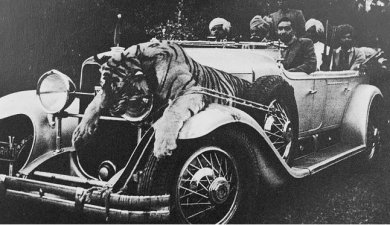 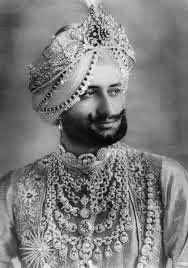 Of course Indian Royalty also loved private planes, shikar caravans (not as humble and small as those caravans we see today!), luxury private railway-carriages, huge yachts, etc. I almost forgot their jewelry! Every photo you see of an Indian Prince, posing in official attire, his clothing is loaded with jewelry: diamonds (they must have been worth MILLIONS!), pearls, rubies, gold, etc.! Their palaces were the size of a small city! ; ) One palace, of the Maharaja of Indore, was entirely put up in the fashionable ‘Art Deco’ style, designed by German architect Eckart Muthesius. The interior was state of the art ‘Art Deco’… Simply stunning! 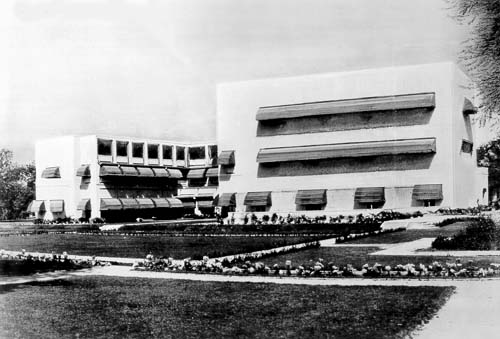 The Indian Princely society was just one incredible world with some really crazy adventures to tell…! I have some stories for you in store that are almost too ticklish to share with you! So It promises to be a very, very interesting week with a lot of automobile Bollywood-star allures and just crazy madness!

One thought on “WHAT WOULD YOU DO IF YOU HAD TOO MUCH MONEY IN THE BANK?”