First some background! Maharaja Tukojirao Holkar III (1890-1978) ruled the Princely State of Indore (9,519 square miles with 19 gun salutes) from 1903 to 1926. He was already quite an unconventional Maharaja and one of the first in Central India who, around 1906, acquired an automobile! He always purchased (lots of) cars for a reason… for some kind of a utilitarian purpose. He was just more of a practical collector than a petrol head.

One of his unusual and early automobiles was an American model that could be started only after the car was pulled onto a built-in spring-loaded stand, fitted at the back of the car, with a CRANKHANDLE : ) on the rear wheel. For himself and his family he had Rolls-Royces, small and large Packards, a 6-cylinder Delage, Cadillac, Sunbeam, Buick, Studebaker and many more! His fave car was a special Swiss-bodied 1937 Ford V-8 convertible.

After Tukojirao’s third marriage in 1928 to Maharani Sharmishthabai (née Nancy Anne Miller from Seattle, USA), the Maharaja lived for a while in France. His American Maharani had a metallic light green five-seater Packard, which she drove herself. In 1926 Tukojirao Holkar III had to abdicate in favour of his son after a scandal involving the desertion of one of his dancing girls, Mumtaz Begum. The Maharaja died in 1978 in Paris.

Now about that futuristic master dandy (which he really was!), Maharaja Yeshwantrao Holkar II (1908-1961). He ruled Indore State from 1926 to 1961 and was the only son from Tukojirao’s first wife. Yeshwantrao Holkar was known as a true automobile connoisseur with probably the most extraordinary collection of cars in India! Not to forget that he was also a major international collector of the finest art, such as architecture, artefacts and jewelry, all designed in the futuristic ‘Modern style’ or Art Deco, which was also to be found in his cars.

In 1936 at the age of 27, the Maharaja ordered three superb cars, a 4.5-litre V12 Lagonda drophead coupé, an open two-seater sports body on a supercharged SJ Duesenberg chassis and a Bentley Aerofoil coupé, all finished in the striking Holkar colours of sunglow orange and black. Most of his cars were designed by himself and finished in Art Deco style with many great features. 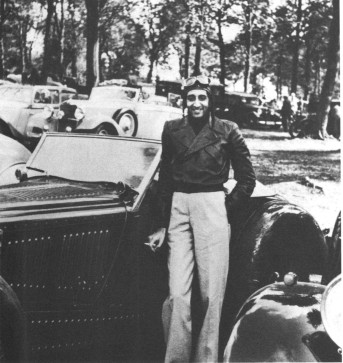 A Rolls-Royce Phantom III and a Wraith were for formal use (more practical), but for his own driving pleasure he needed most of the time FAST cars! This Indian Prince loved driving at high speeds, or should I say the fastest speed possible! He often did record runs while driving from Ratlam to Indore. En route, the sports car he had chosen for the journey would wait for him and then off he would go, non-stop, expertly covering the distance of 90 plus miles from Ratlam to Indore in 60 minutes flat out! The inhabitants of every village and town along the way were informed beforehand so that they stayed safely off the roads until Yeshwantrao had passed. Isn’t this an incredible Maharaja?

Here some more of his magnificent possessions. A seven-passenger 1931 type 41B Pierce-Arrow with a phaeton tourer body, a Bugatti in blue, a Delahaye, a Delage, three Alfa-Romeos and a J12 Hispano-Suiza (shown below).

His collection also included several Bentleys (including a supercharged 4.5-litre) with bodies designed by the renowned stylist A.F. McNeil of Gurney Nutting, a company which he is said to have owned for some time. His J12 Hispano-Suiza was also coachbuilt by Gurney Nutting (chassis nr. 13510, now owned by a collector in the Czech Republic).

J. Gurney Nutting & Co Ltd was an English firm of bespoke coachbuilders, specializing in sporting bodies. The company was founded in 1918 as a new enterprise by a Croydon firm of builders and joiners of the same name. Yeshwantrao’s fave car was the flamboyant ‘Holkar style’ 4.25-litre 1936 Bentley, which was also the last car that he bought from Gurney Nutting.

To make you even more jealous, the fancy dandy man also owned a luxurious and rare Figoni et Falaschi bodied Talbot-Lago finished in cream! He brought this car to India in the cooler and dryer winter months, and back to Europe or America in the summer, as he did with many of his other cars to prevent their physical deterioration during the extremely hot and humid months in India. 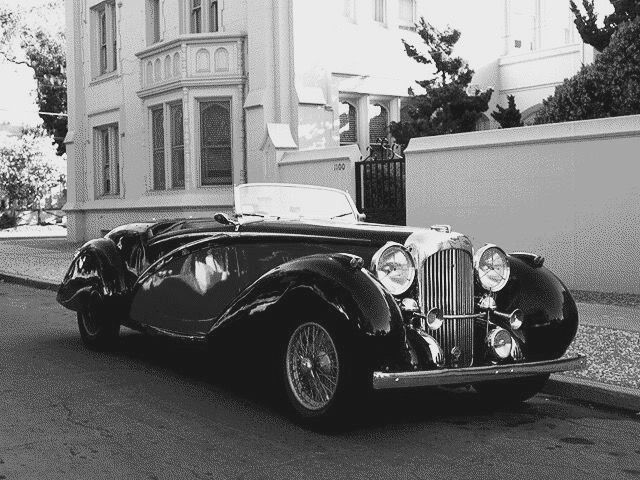 In 1954, the prince ordered an exceptional two-door teardrop sports Bentley R Type Continental, to use when he was in the USA, of course with all the Holkar features. His extraordinary and rare collection was the envy of many a connoisseur of the automobile, which I can totally understand! It makes me wonder… would I get bored with owning so many magnificent cars…? I doubt it! Below the stunning Duesenberg.

More about Yeshwantrao and his splendid automobiles soon. So stay tuned for PART 2!