“CHB wishes you a great automotive 2016 with lots of fine automobiles and most of all, to have fun with the old dusty and rusty or shiny and striking historic treasures! What was your vintage/classic highlight of 2015? Let me know in the comments below.”

First of all I want to wish you all the best for the New Year. I hope you will have a year full of rich petrol fumes, gentle patina, and exhilarating exhaust blasts! In the Netherlands we have the tradition of starting the New Year fresh with a dive in the North Sea. It is seen as start of good intentions. Since the invention of television broadcasting, a New Year’s Dive Babe is chosen. She is the most beautiful diver of the year and she can prepare for a lot of attention.

But what if you don’t have the looks or want to keep your clothing dry? Can you still be the talk of the lake during your personal dive? Yes you can! For vintage car lovers there is an often overseen world with many likeminded purists. Vintage hydroplane speedboating! For almost 90 years people have been installing car engines in beautiful hulls to race against each other on lakes or bays. From a very old Darracq boat to a more modern Porsche hydroplane, we have seen it all.

During the 1950’s, especially Italians and Americans were combining their technical knowledge and heritage of boats and cars to build beautifully proportioned boats, capable of speeds well over a 100 mph. Alfa Romeo engines were particularly popular as they were relatively cheap and were capable of high power output and high revs. But now and then also a Ferrari engine was used, borrowed from an old racer (e.g. Ferrari San Marco KD800). 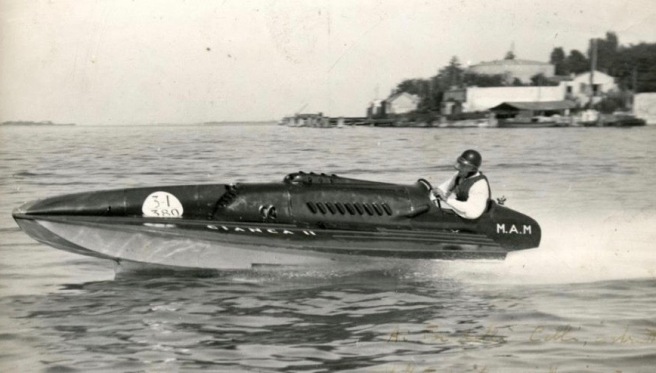 The problem with vintage materials (wood and steel) and lakes is corrosion, so many of the boats have long been turned in fungus and rust, but now and then a beauty is pushed out from an old dockyard. The Italians are restoring these automotive boats and race them again. Have a look at the following website of Italian hydroplane lovers by clicking here, it is truly jaw-dropping material. 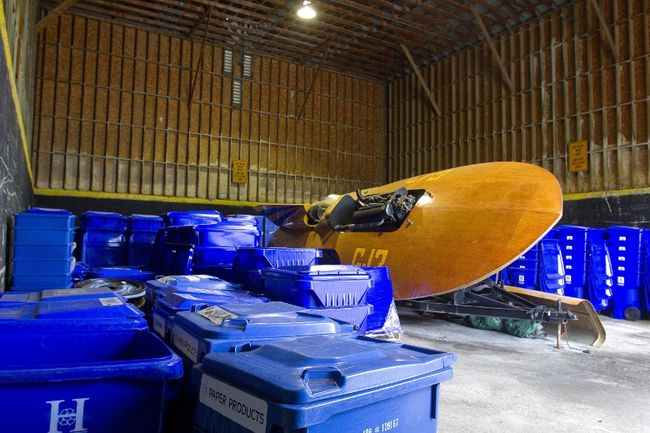 I think we should share our knowledge with the boat guys and girls and vice versa, as there is a lot to learn. After dirt and tarmac, we now introduce water as a new playground. And old dockyards might be the new barns! Lastly, look at this collection of American New Year’s Dive babes, it will enthuse you for 2016!