Driving 100 miles thru Amsterdam and surroundings at midnight with an out of date roadbook (on purpose)… can it get any better? Most of us petrol heads will probably have the Mille Miglia on their bucket list, if not already completed! Please add this 100MOA rally to your list as well, it is something you just have to experience once or more in your lifetime.

Last Sunday/Monday was THE day! And I can ensure you it isn’t about chilling in the sun… Although it was not cold at all and no snow whatsoever, YEAH! I was probably one of the few who was happy with a normal view without white flakes all over.

Sadly Amillion, my Amilcar CGS, wasn’t ready yet to perform, so I had to content myself with the role of Denis Jenkinson in the striking Salmson twincam of a friend. Luckily the petrol head I joined is as enthusiastic as me, so we arrived early and were able to see the town square of Haarlem filling with a wide diversity of prewar cars. The battlefield already started at the main square, as the roaring beasts took over all of Haarlem to make sure they were noticed and heard. Some of them had come from overseas and some just from around the corner. A great diversity of many great cars, with of course loads of Bentleys, two stunning Alfas: ALFA ROMEO 8C 2900 BOTICELLA and ALFA 6C 2500 SUPER SPORT SPIDER MM. Some of the smallest, like the Austin 7 and 10 specials. Some finely restored and some patinated. Some of the oldest, like the Peugeot 125 or a fine CHALMERS and of course the SALMSON VAL3. A special feature, I noticed, was a little desk for the navigator, some real pro’s!

After a very fine social happening and a brief inspection of the cars, Joris Bergsma from PreWarCar gave the speech and told us that the rally would be a ‘piece of koek’ (cake in Dutch, a quote by Louis van Gaal…). The first cars roared out of the square at 7.00 pm. We had number 7, so after having received the roadbook, it was immediately time to mount the horse and to get out there ASAP! I need to make a confession: except for one laid-back rally with the bullet-arrow principle, I had never ever navigated before. I can ensure you the roadbook was not one for starters… I had a very hard time trying to pretend I was as good as Denis Jenkinson. 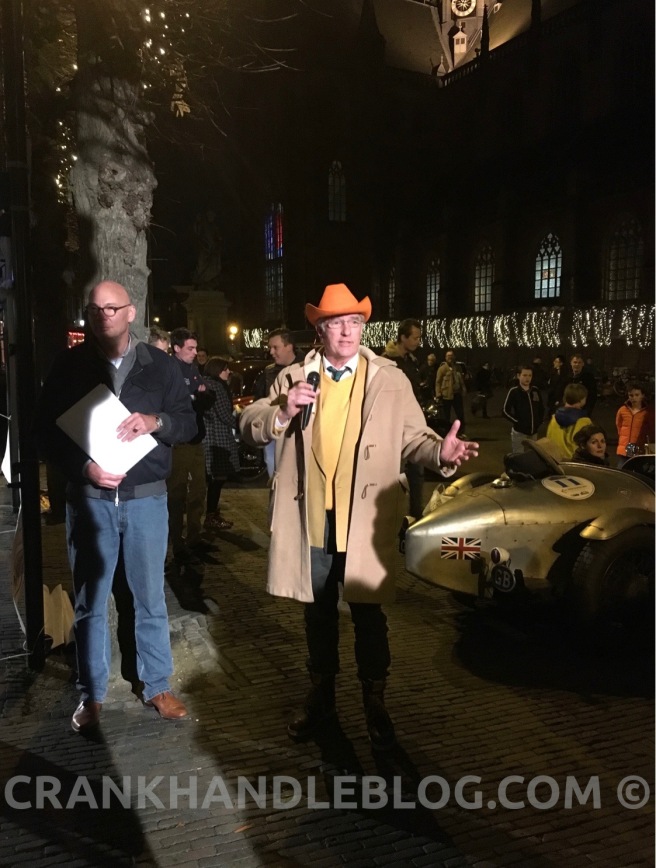 The game was as follows: you receive a roadbook that is dated. Roundabouts are not in there and not every small street is the same it is today. Mobile devices are forbidden, as well as all other modern stuff, especially iPhones… Better make sure you bring an Android as they were not forbidden? All you see as navi are the numbers you need to get to each time you go from A to B and so on. Also make sure to really hold your book firmly when driving in a open car… I can hear you thinking now… but NO I never lost my roadbook. You also need to pay attention to stop at checkpoints and try to find some letters that are hidden just everywhere…

The first checkpoint was such a pleasure, it was at the workshop where my Amillion is now getting some work done. My pearl was accompanied by its neighbor, the T57 Atalante from an earlier navigation experience, click here to read more about that. There was also a great Alfa rally car and a another T57, all to entertain the participants while passing. 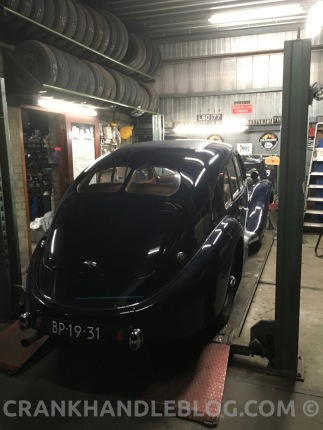 One of the fun things to see was that at some points you see everyone driving around, turning, going left, going right, going straight, going back, going up in the air… We just joined this mad party, because we could afford to waste some time… No of course NOT!

Luckily we didn’t have any rain, which is quite rare in Holland, right? Despite no rain our view was often quite difficult as we drove over typically narrow Dutch dykes, without really much light coming from the headlights of the Salmson (they were ‘a bit’ weak, to say the least because the generator wasn’t charging). We almost hit the water when we fell half into a ditch…

To be continued tomorrow. Click here for more about the 100MOA. 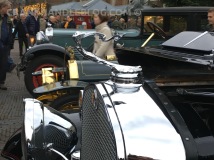 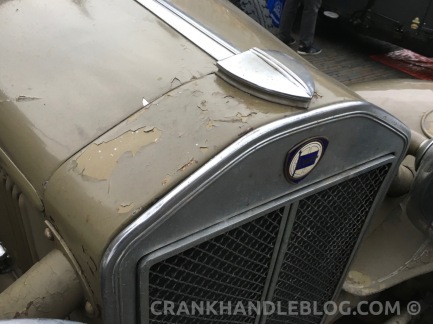 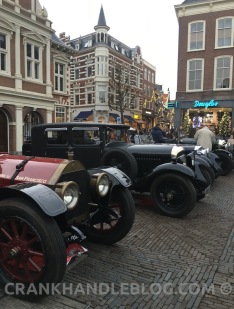 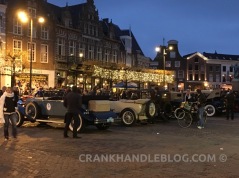 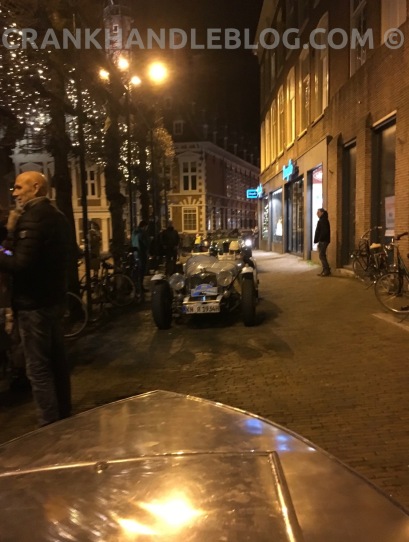 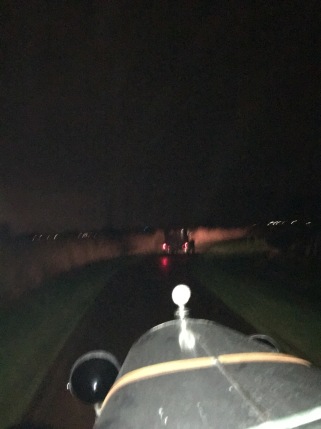