As announced, today it is the turn for the alien-like 1972 Maserati Boomerang coupé with coachwork by Italdesign. This space shuttle with chassis #081 and engine #902 is again a very rare car, in fact a one-off concept car that is legally road going, which is rare for a concept car. One thing the Boomerang has in common with the Bugatti T101C of yesterday… they both competed for honors at last year’s Chantilly concours and this year they will be there again, but now to be auctioned. 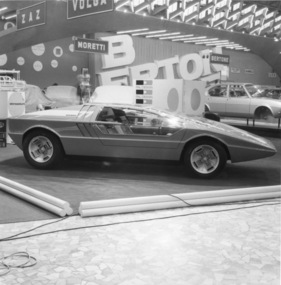 This very unique Maserati concept was to be shown at the Turin Motor Show in 1971. The Boomerang is a car that featured at a number automobile shows where it was much appreciated. It is a design of the ‘Car Designer of the Century’, Giorgetto Giugiaro. Giugiaro is one of those natural talents who was first noticed by FIAT’s Technical Director, Dante Giacosa. His career started at the FIAT Centro Stile in 1955 at the age of 17! Four years later he left FIAT for Carrozzeria Bertone, where he became chief of the styling department. This might sound weird, because I mentioned that the Boomerang has coachwork by Italdesign… just continue reading to learn more about that! 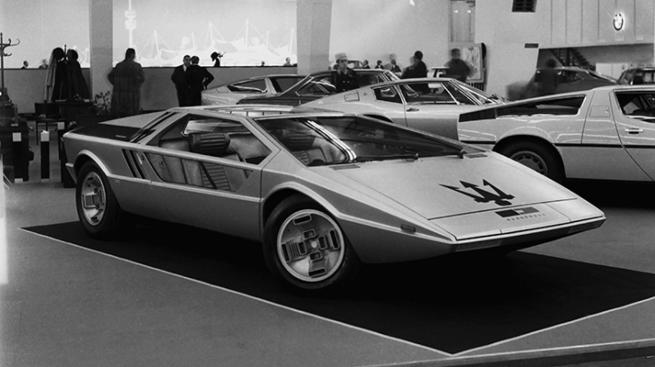 He designed multiple masterpieces for Alfa Romeo, Aston Martin, Ferrari, Jaguar and Maserati and so on. After six years it was time to test his skills again elsewhere and so he went to Carrozzeria Ghia. When he left Ghia two years later, and after so many years of having gained experience on a VERY high level, he felt he was ready to start his own design house. He named it Ital Styling (later Italdesign). Giugiaro has many production models and one-off prototypes on his design list, of which the Volkswagen Golf is an important one too. The Golf made Giugiaro rise to the top and his company maintains a leading role in automotive and industrial design! Most of Giugiaro’s designs are typically wedge shape with sharp angles. 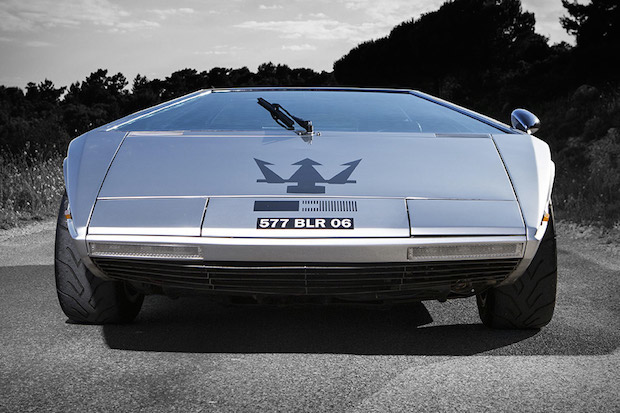 But back to the Boomerang: its chassis and engine (4.7-litre V8) were taken from the Maserati Bora coupé. The Bora was Maserati’s first mid-engined production car, also with a body designed by Giugiaro. The engine delivers 310bhp which gives the space shuttle a staggering top speed of around 300kph! And then there is that futuristic interior with a steering wheel that rotates around a stationary binnacle of radially disposed instruments, this is real SPACE stuff! 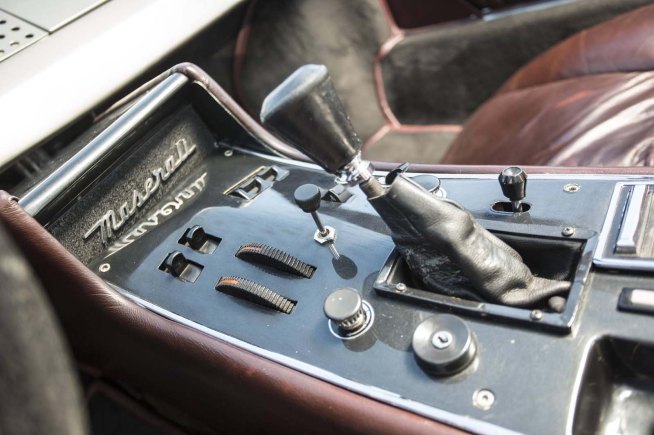 Later on the Boomerang was sold in Spain to a real enthusiast of the concept car, who had noticed the Boomerang eight years before. He was so in love with this car that he had first contented himself with a Boomerang scale model. The proud new owner put the Boomerang through a restoration and presented the concept car at the Bagatelle Concours in Paris in 1990. At Bagatelle Giorgetto Giugiaro himself was one of the judges and with pride he put his signature on the rear panel. Thanks to this true Maserati enthusiast the car went to all the prestigious concourses and many other enthusiasts were able to enjoy this futuristic masterpiece.

In 2002 the car was sold and was freshened up by Maserati specialists Traction-Seabert & Co Ltd.

After a long process of careful mechanical and electrical refurbishment the Boomerang was now ready to be driven on the road and it was road registered! This must have been a great deal for its new owner! 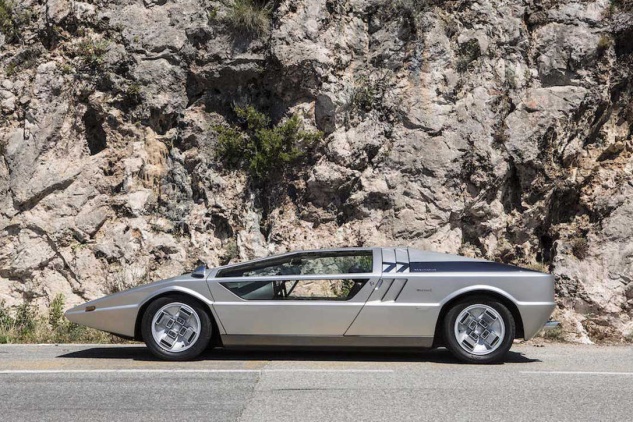 In 2005 the Boomerang was sold once again. That same year the ’77’ logos (Giorgetto Giugiaro’s initials) on the Boomerang’s rear quarters and the Milanese marque’s famous trident emblem on the hood were re-installed. Also the engine was overhauled once again by a marque specialist in Turin, as well as a full service of the air conditioning, suspension systems, a new exhaust and tyres. 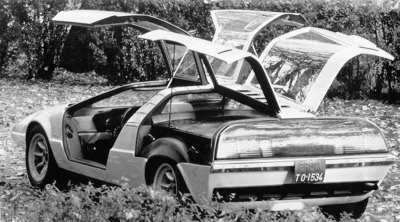 This much rewarded car has seen a lot of this world already, thanks to its present owner, the well known collector from the south of France, André Binda. It has been to almost every concours d’élégance you can think of… so wouldn’t it be awesome if this space shuttle will be sold now to someone from outer space? ; )

Next up is a surprise!

One thought on “MASERATI BUILT A SPACE SHUTTLE!”