Today we dig a bit deeper into the production history of the grandiose Miura! I already introduced the P400, which was the very first Miura model, but that was just the beginning! By the way I forgot to mention that the P400 chassis is a design of Gianpaulo Dallara. Let’s take a look at the complete Miura family! 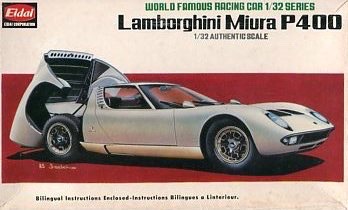 Early Miuras are known as the P400 model which stands for Posteriore 4 litri. Posteriore is Italian for behind, because obviously the engine was placed behind the seats in front of the rear axle, which the flashy butt of the Miura exposes when open… and 400 refers to the displacement.

The P400 is powered by a version of the 3.9 L Lamborghini V12 engine used in the 400GT at the time. It was always mounted transversely and produced 350 HP (260 kW). Engines like this were usually only used for race cars, which reminds me of something I wrote earlier. The engineers envisioned a road car with racing pedigree, one which could win on the track and be driven on the road by enthusiasts as well. 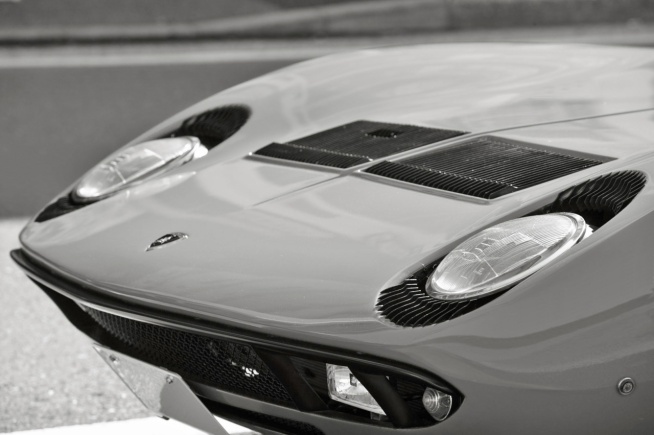 Lamborghini formed the engine and gearbox in one casting. Its shared lubrication continued until the last 96 SVs, when the case was split to allow the correct oils to be used for each element.

An unconfirmed claim holds the first 125 Miuras were built of 0.9mm steel and are therefore lighter than later cars. This change in weight might have been caused by the fact that chassis designer Gianpaulo Dallara was succeeded by Paolo Stanzini. All cars had steel frames and doors, with aluminum front and rear skinned body sections.

You already know that the body of the Miura was designed by Marcello Gandini who was active for Bertone, but that is not the complete story… The first sketches were actually made by Giorgetto Giugiaro, after he left Bertone and Marcello Gandini finished his design job.

If you will every be so lucky to feel this aggressive piece of elegance on the road, or even better to own one… You will experience how it feels to race at high speeds just 130 mm above the ground! The Miura looks like a big boy, but in fact it is only 1055 mm high. Don’t plan to travel with the Miura P400 because there is not much boot space! The P400S is a better choice for such purposes, as you will read later. 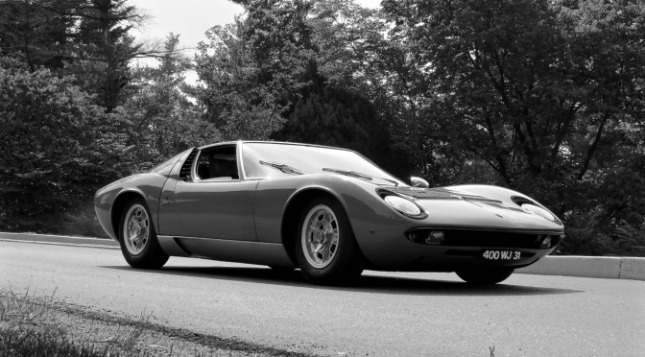 After 475 P400 models it was time for a step further into the future, as this seemed to be what Lamborghini was all about. In 1969 the Miura S succeeded its older sister. 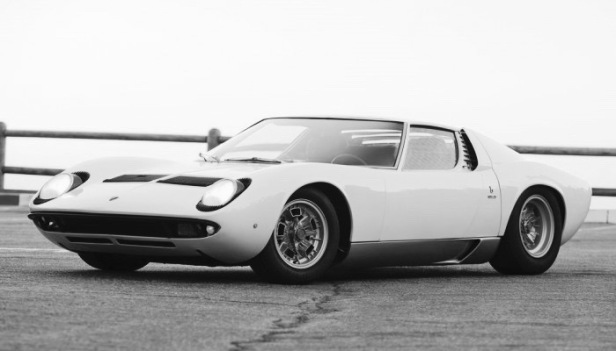 The P400S, or just Miura S, was first shown to the public as a complete car in November 1968 at the Turin Motor Show. The chassis, now designed by Paolo Stanzini, closely followed the P400. The shape of the Posteriore 4 litri Sprinto doesn’t look very different from the P400 either. However, some important changes were made, or rather additions… like; power windows, bright chrome trim around external windows and headlights, new overhead inline console with new rocker switches and notched trunk end panels (allowing for slightly more luggage space). For 800 USD the car could now also be equipped with airco.

P400S #4407 was owned by Frank Sinatra. Miles Davis owned one as well, but crashed it under the influence of cocaine in October 1972. Oh, what cocaine can cause, a ruined Miura S : ( American opera singer Grace Bumbry owned a red Miura.

Tomorrow the story about the Miura family continues, so STAY TUNED!

One thought on “THE COMPLETE MIURA FAMILY TOGETHER! – PART 1”