It was a close call, because two days before the rally started my Amilcar was not running so well. Luckily magic does exist. My CGS “Amillion” still needs to run-in as it never really had been driven after its restoration many years ago.

As we arrived in Vaals (NL) I saw next to me a fine CGSs arriving that had just attended the Mille Miglia, so I felt like this was going to be a fantastic race as well. I parked Amillion in a field and one after the other arrived, in total 60 voiturettes from all over Europe! I am new to this cyclecar world, and so is my dad. We were happily surprised with our first impressions. In the hotel we were welcomed by a fine Amilcar boat-tail model and of course by the organizers. After we all gathered there was a fine first event. Some of us, who were too lazy to walk to the little church (guilty) where an exhibition had been setup for us, started the engine of their bolide and raced down the streets of Vaals to the church.

The exhibition was about two Dutch women (they were more than just close friends) who drove thousands of kilometers all over Europe during the 1930s in their Amilcars. It is impressive to see so much photographic material from such a long time ago, not to forget all the unusual documents such as driver’s licenses, tax notes, friendly notes from the police, etc. It was a great inspiration to hear a family member of one of these women recounting the adventures they had experienced on their extended travels in their Amilcars. 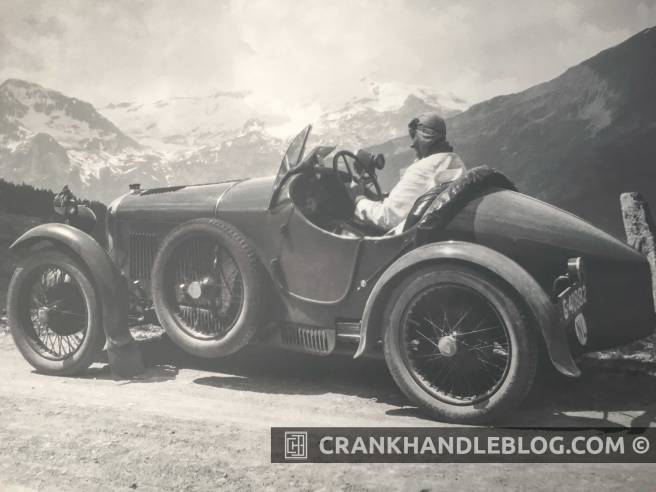 The next morning it was time for the real deal; the first day was about 150 km of driving through wonderful countryside. Driving from Vaals to the Belgian Ardennes was a good steering exercise, with some climbs. A sunny day and lots of great roads… Amillion was running well and did not break down once that first day. It is wonderful to drive longer distances and really get to know my friend Amillion. My dad accompanied me as navigator, because I won’t give my seat behind the wheel away. Here and there some nice pitstops which was great, because it is one big party to see all the 60 cars lined up. Every car has its own charm and how often do you see 60 fierce bolides all together? The car with the craziest story for me was the red BNC racer. It was found in Portugal when languishing on the second floor of the office of the Automobile Club of Portugal. To get it out there, six body-builders were hired, to carry the BNC down the stairs… vertically! Craziest office find ever…

I believe all cars behaved quite well that first day. I saw nothing but smiles and sun. After a beautiful day and lots of fun racing around it was time to catch up at dinner and do what petrolheads are very good at, chatting about our passion. I always know which table keeps talking the longest and then when you are tired and try to escape to your room, there are always great friends who have to tell you a nice story. As soon as you are on your way to your room again, another very interesting conversation starts. My conclusion, you can’t go to bed early during such a rally and you make many great friends when new in this world. One of the things I like so much when in company of cyclecarists, they all have the most amazing stories to tell, you hear the craziest things coming by. All you have to do is to sit back and enjoy listening to those stories. 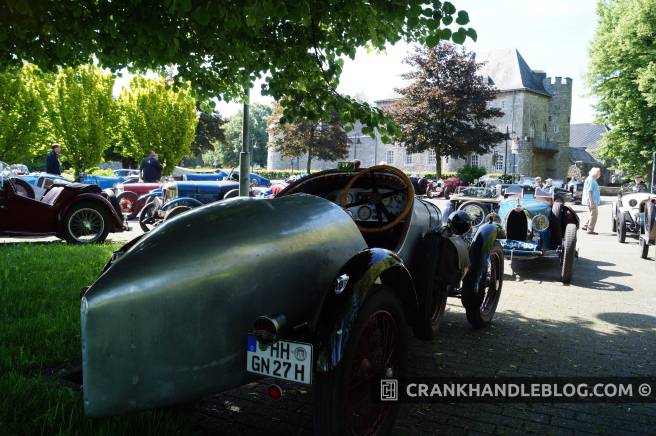 After a short night loading up energy, there was no time to be lazy, because some 220 km of driving was planned for the second day. Again a nice sunny day and some nice sprints. Some of us love to pass others as much as possible and make a race of the rally, again guilty… Amillion might not be the fastest car on this planet, but you can create yourself a damn fast experience on the roads, especially on winding roads. A light car that has so much grip, it is true about the quote “Amilcar un jour, Amilcar toujours”, though the other bolides such as BNC, Salmson, Rally, etc. are as cool as an Amilcar. I am sure that non-Amilcar drivers are also allowed to use this quote, especially when in the company of Amilcarists. We are all connected and all have great fun, so even the rivals ‘rich man’s Amilcars’ and ‘poor man’s Bugattis’ went along perfectly well together.