Sorry for my ‘radio silence’, but I had some issues with my MacBook, which is the worst that can happen to a blogger! Last weekend I went to the Circuit Park Zandvoort. You won’t believe this, but it was my first visit to the circuit and I had such an amazing time there! Some of my BCN (Bugatti Club Netherlands) friends were also present at the event British Race Festival / Vintage Revival Zandvoort. It is always a real pleasure to meet them again, one BIG car loving family! : ) The weather was great, so nothing could spoil the weekend!

The Dutch Vintage Sports Car Club (DVSCC) was present with many great cars, also cyclecars, which made the event for me the more interesting as I am looking to buy one! Next to the 58 race- and sportscars from the 20s and 30s, there were also several clubs like the classic Minis club with their own races, called De Mini Se7en & Mini Miglia Challenge. Also a good turnout of British marques, like the MG Car Club Holland, the Jaguar Daimler Club Holland, the Super Seven Club Holland, the Lotus Club Holland, the TR Club Holland and the Midas Owners’ Club.

Throughout the entire weekend of races and demo’s of prewar beasts, the battle field was mostly led by Alvis, Riley, MG, Bugatti, Lagonda, etc. I also have to mention the white Overland racer! The owner had built the car by himself, a car that is so striking and SPECIAL! I raise my hat for him! And the best car was the vintage safety car, not that I didn’t like the BMW M6 with wonderful rims (my BMW has the same…)! The safety Austin was probably the fastest car of the entire weekend!

The class for Historic Monoposto Racing Cars counted a battlefield of 35 formula cars, mostly British marques and built between the 60s and the early 80s. Swedish participant Mats Andersson won twice in this double race with his March FA1600 cc Formula 3. Another exciting race was the Youngtimer Touring Car Challenge where 22 drivers fought fanatic like hell! Mathijs Bakker mastered to win the first race with his BMW 635 CSi and Peter Stox and his Porsche 911 RSR did so in the second race. Good lord, they made a real show of this race! 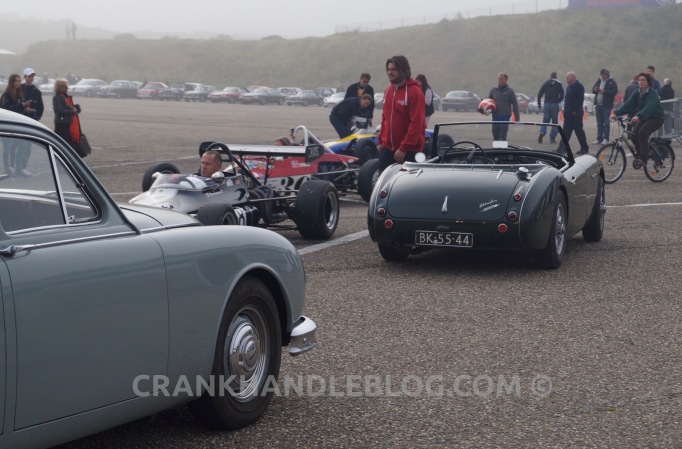 The circuit park itself is one great attraction during these days. The owners of the youngtimer touring cars and formula cars had elaborately setup camp with their own stalls. Tinkering with their cars, it gave an atmosphere as we all like to see! The other side of the park was occupied by the prewar racers, housed in one big stall, the Vintage Prewar Paddock. Clubs of British marques were just everywhere ; ) 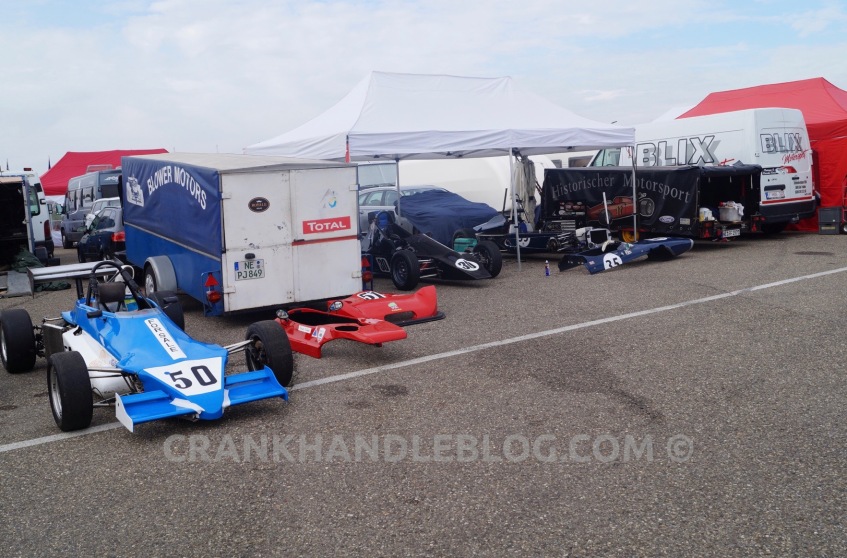 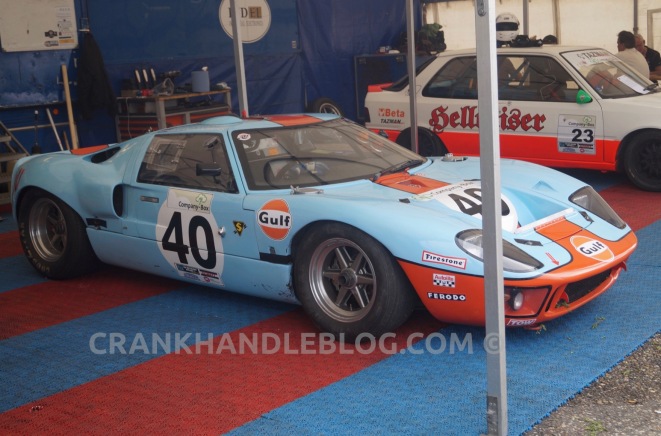 Being able to be surrounded by such cars and their amazing sound all weekend long is the best thing ever, THE GOOD LIFE! : ) I really enjoyed seeing an Amilcar (with Duval coachwork), a 1928 Salmson GS8/GSS Grand Prix (with 2 overhead camshafts), a Rally and several Riley Specials, cars that I will definitely put on my list on my search for a suitable (cycle)car. A BNC would also be very nice. Of course the Bugs and all the other racers where most impressive, but for my personal wish list definitely beyond my budget… For now I will go for a ‘poor man’s Bugatti’ ; ) Or as I now call it: a ‘Samilcar’! : ) 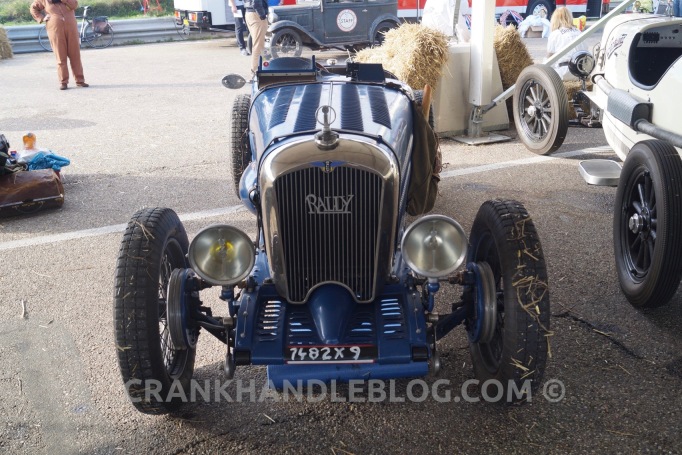 Then to ‘le moment suprème’! If you are at a race circuit with one big candy store full of prewar racers, you really need to feel them! At first I was co-driver with the president of the BCN, Flip Klopper, in his Bug T35B. Wow! I was amazed by the power of this great machine! Flip really knows how to get his Bug to perform on the circuit! An experience never to forget and it made me even more impatient for my own racer! I had to pay attention with my elbow, being so close to the rear wheel. This was REAL racing with no compromises! : P

By the way the prewar cars were divided into two groups: A – the slower, I mean the layback group ; ) and B – the fast ones! Flip of course raced in group B.

The second race I joined was a crowded one because group A as well as B went onto the track simultaneously. This time I joined another great friend of the BCN in his red Bugatti T40. More of a comfortable tourer with that awesome Bugatti signature and sound! The duration of each race was only 20 minutes, way too short as it felt like these were only 2 minutes! After some fine steering of Jeroen Albada Jelgersma in his T40 it seemed like that was my last race… or perhaps not so? 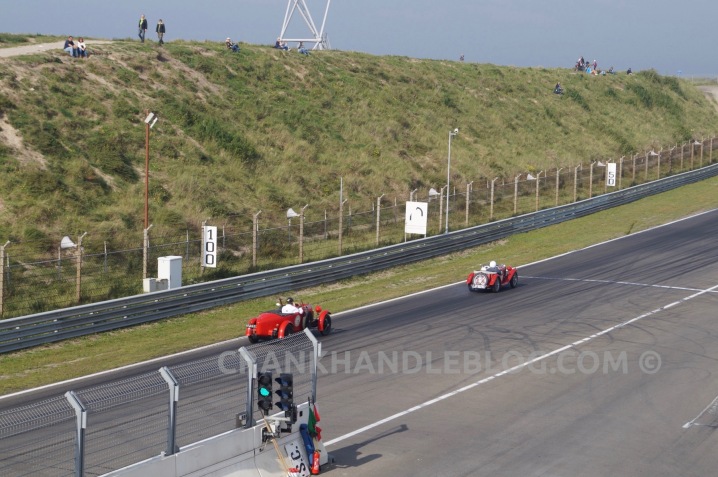 Actually I ended this great weekend in a fabulous yellow Lotus Elan Barchetta CONCEPT CAR! : ) The owner had never driven his special Lotus in all those 12 years that he owns it! So it was time to start that engine and give it a blast on the circuit, which the car loved to do! Despite only a very limited view (okay concept cars are not always very practical) it really was a GREAT experience. Who ever sat in a concept racing car on a circuit? Most of them don’t even have an engine! ; ) By the way the driver, Olav Glasius, is a respected driver of historic Formula 1 racing cars and he knew how to handle this powerful canary yellow concept car! : )

At the end of the second day it was time for some awards. First of all a big honor to dear friend Frank Albada Jelgersma, who is always the radiant man in these events with his very special hats (this time a blue sombrero!) and he was always there to wish everyone luck before take off.  He really makes a good show when raced around the circuit in his ‘beast’, the Bugatti T57 Stelvio, driven by his son and excellent driver Mark Albada Jelgersma! Another award went to one of those young Bugattists Wouter Stapel, who, together with his dad Tjerk, had dressed in true vintage look! Then the moment of truth! The challenge was to set a good time in the first round and to equal that time in all the other rounds as closely as possible.

Jeroen Hoep with his Alvis 12/70 Sport won the Golden Crown and had to climb up all the way to the highest point of the straw bale stage. Silver was for Wolfgang Tober with his Riley Merlin 9 and last but not least Ab van Egmond with his Alvis Speed 25 earned the bronze medal! Click here for a full overview of the times. Congrats to Tim Willems! And was I right or not about Flip?! Third fastest time!

Next time I hope to be present at this GREAT event with my very first and own prewar racer! I look forward to become a member of that GREAT DVSCC (Dutch Vintage Sports Car Club)! Compliments to the organizer Ron van ‘t Schip and his crew for such a great weekend!

5 thoughts on “FORGET THE GERMAN MOTORWAY CIRCUIT! THIS IS PETROLHEAD HEAVEN!”