As promised a report of the grandiose Chantilly Arts & Elegance concours! This year was only the second time such a concours at Chantilly took place and for me the fist time to visit this event. I guess this concours is a keeper for the coming years! If I have to describe Chantilly in one word… MASSIVE! The castle gardens are massive and of course beautiful, historical and elegant. Next to the Concours d’Etat there were also many clubs present, such as Delahaye in which we were participants. Sadly the Delahaye Club didn’t win, because they had already won last year, so the Delage Club did this year. Even so the Delahaye Club field looked formidable with 22 cars present. A very pleasant club to join!

But let’s go back to the beginning of the journey, which was not as smooth as we had expected… The weather was typically Dutch with quite some rain and in Belgium un ‘pneu crevé’ (flat tyre), which I will talk about in a later article. This because of a unique and not very well known tool that can make your life a lot easier, for sure! As it did for us when we were stuck on the side of the motorway… 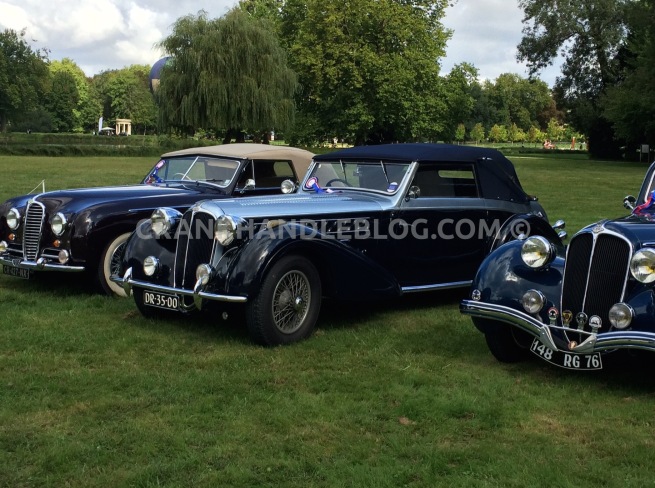 The big day itself was great! I first want to mention that the Delahaye Club is formidable with fantastic people and a great atmosphere and great cars! Especially the white Saoutchik bodied 135M from Switzerland is one of my fave Delahayes. Its owner acquired it already at the age of seventeen! There was also a fine picnic for everybody, because walking around in the huge grounds makes you hungry! ; ) ‘Mes compliments au President du Club Delahaye, Jean-Paul Tissot, pour un magnifique weekend…!’

I have to admit that I wasn’t all that well prepared as a reporter, since this is all new for me! Next time I will make a better planning in advance… But still there is enough to tell! The area of the concours was so huge that I didn’t have enough enough time to look in detail at every car, but at least I spent enough time in the corner with most of the award winners! One of the cars in that corner was a Mercedes 500K Spezial Roadster, yes THE butchers car of the Louwman Museum! You may already know the end results, but if not… This lovely 500K was honored ‘Best of Show’. Before I knew the end result I had chosen for myself a car that I would give this award if I was judge… and I also chose this 500K… Best of Show among the concept cars was the BMW 3.0 CSL Hommage, a really great car.

The answer from Evert Louwman, when asked by the master of the prize-giving what he likes most about his 500K was: “The color is so beautiful” – it is all black… ; ) A typical Evert Louwman reply, but he must have had some real emotions when he heard that his 500K had been honored Best of Show. 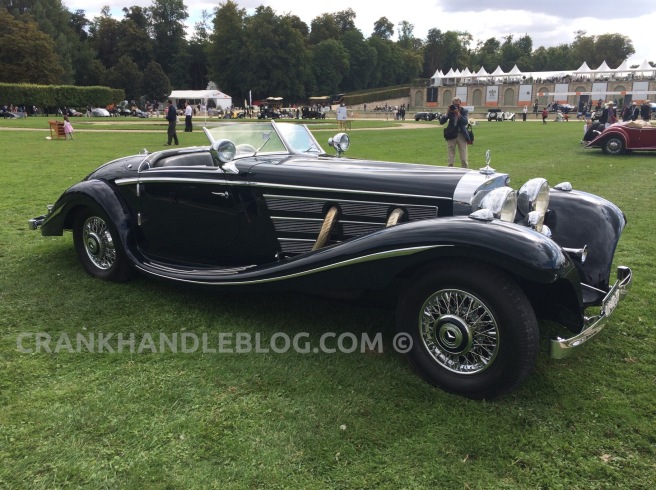 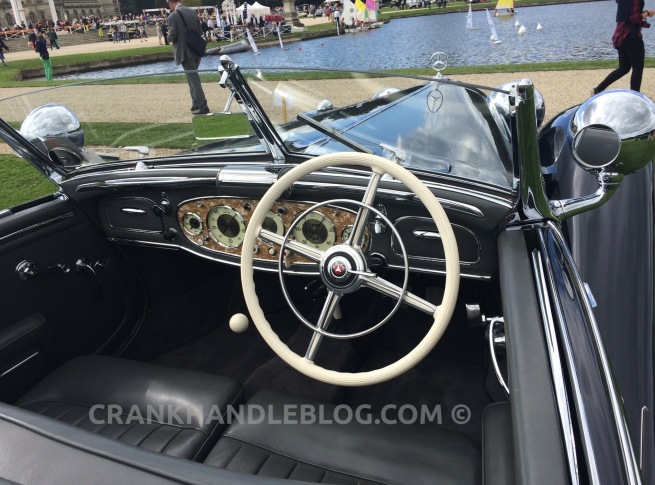 I talked with many great people, which I really enjoyed, but I soon found out that in France you really have to speak French. Quite often it was hard to have a conversation… So next time I hope I will have improved my French! 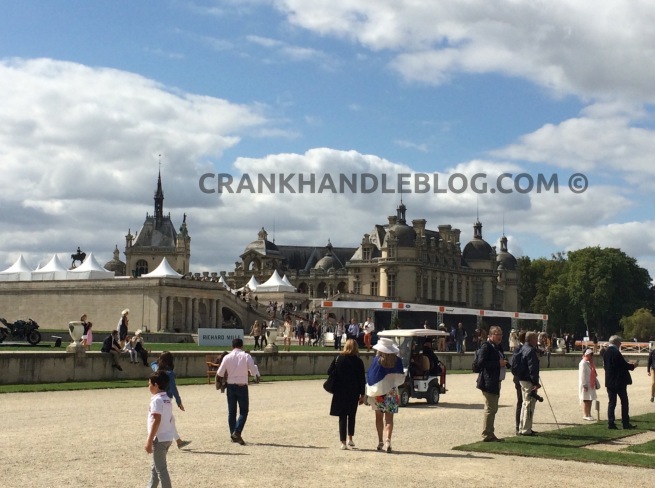 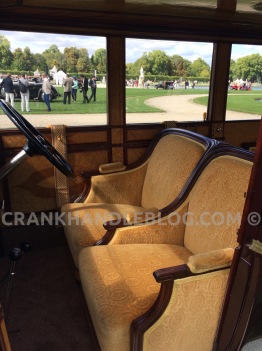 Other cars I really enjoyed were, of course, a yellow Lambo P400 Miura! Also the very original racers like the Alfa P3 racer that won in the class of unrestored original racing cars. There were two Voisins with the most wonderful interiors; one with great Art Deco tissue and the other with real armchairs! I also talked with a very interesting lady from Germany who had been busy with the paintwork of one of the award winning Bugattis, a T57C Atalante by coachbuilders Vanvooren. She has a great company that delivers high quality craftsmanship in restoring original paint. I will make asap a nice article about her company which will be most interesting! 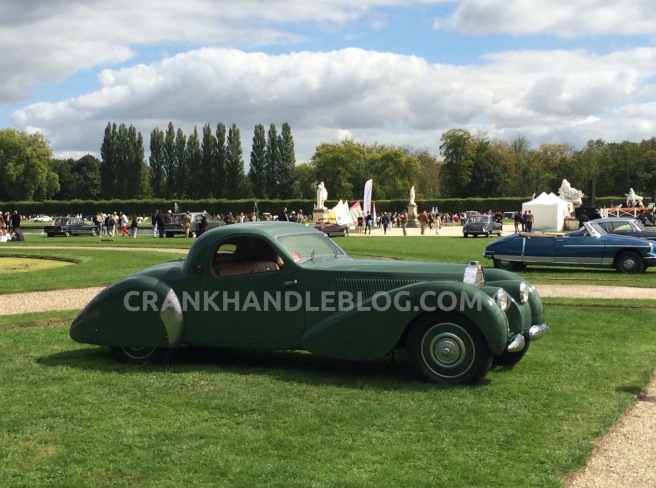 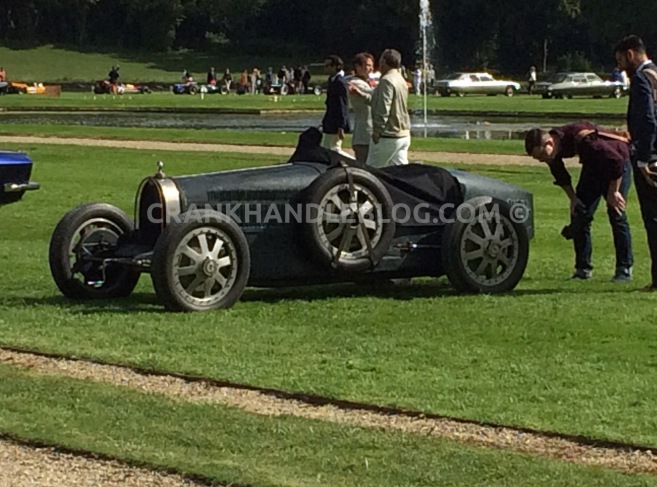 Then the modern concepts, which are also very interesting for CHB since they will be the classics of the future… Of course the winning CSL was magnificent, but the Zagato powered by a Maserati engine was also very impressive! Another, non-concept car, that I always enjoy seeing is the Bugatti Veyron and there were several.

The moment of truth! The award ceremony started with a little show of vintage cyclists, followed by a show with Andalusian horses and knights, a spectacle with knights fighting like they did ages ago. One small point of critique… The Award ceremony was quite long due to the fact that most classes received three, or even four, awards. In my opinion one winner on the stage for each class would have been enough. But for the participants it was nice that they had a better chance to get on the stage… 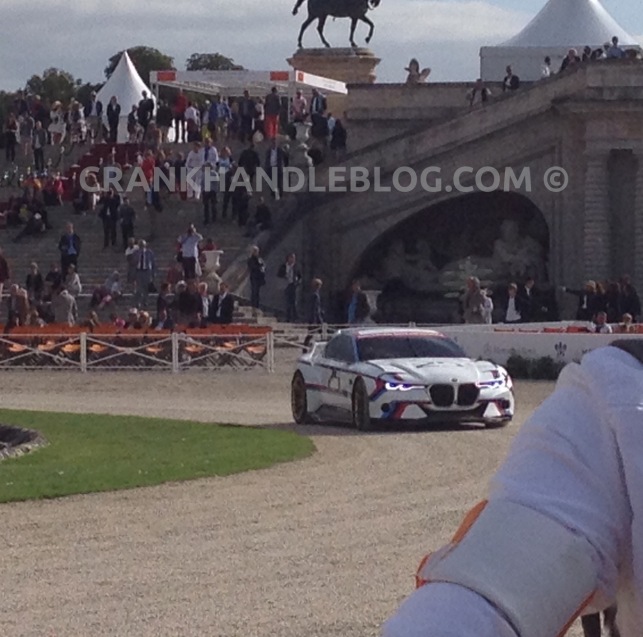 All in all I really enjoyed two great days and I love to return again next year again, but then a bit better prepared… Also see CHB Instagram. 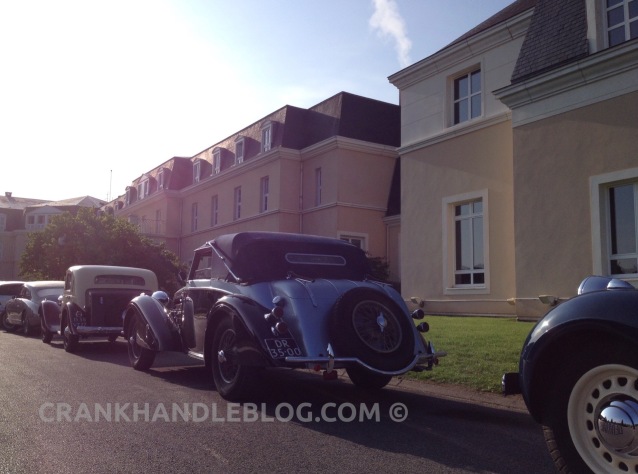 Next up some great information about that unique tooling!