To give you a personal update, which is also about that surprise I announced before… First of all I am looking for my very first own vintage car! After driving those two GREAT Delahayes, I can’t wait to also have a taste of a fierce little cyclecar-racemonster! Nothing better than driving all different kind of cars! The Bugatti drives made me really excited to acquire a fine and manoeuverable little racer, but a bit less expensive than a Bug… So a ‘poor man’s Bugatti’ it should be! : ) 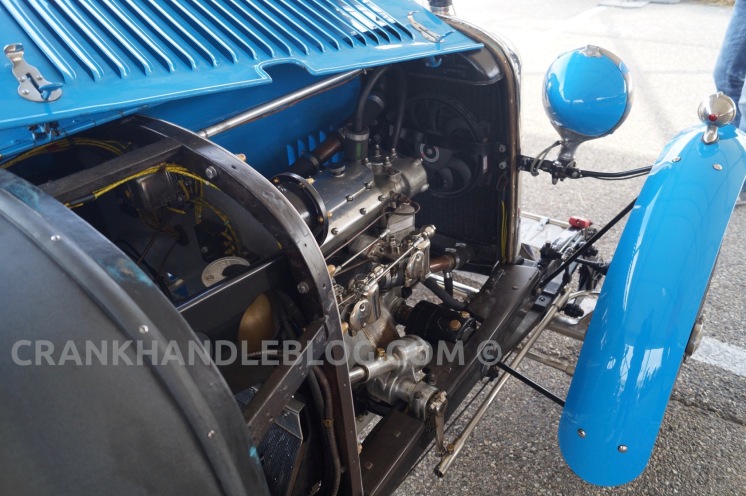 I have already seen quite a few charming cars like the Amilcar, Salmson, Riley and Rally… BNC is also very nice. I don’t mention Bugs, because for now they are unaffordable for me… The first experience was an Amilcar while on our way back home from Martin Waltz’s museum near Freiburg. It was the first time I saw (and drove in) an Amilcar in real life and I was impressed! One thing I kept in mind was to never fall in love with the first car, just orientate extensively and make a well informed decision, even if the car is seducing you with its musical sound! It was a great Amilcar experience and something else that I will keep secret… : P 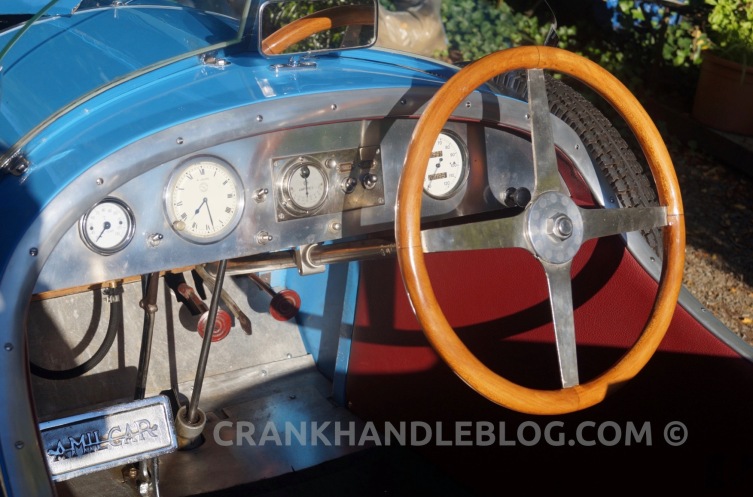 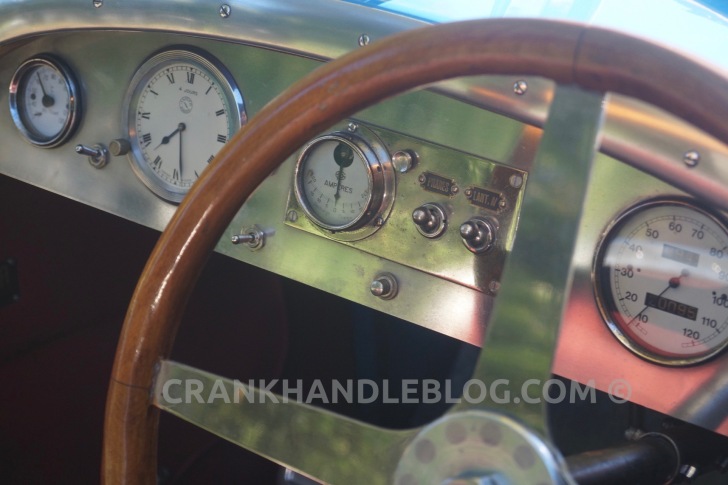 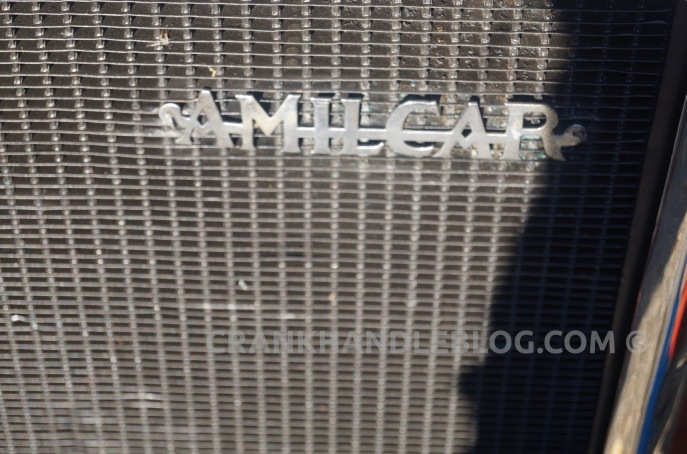 Anyway, soon after I joined the British Race Festival/Vintage Revival at Zandvoort and this was another opportunity to inspect some more great cyclecars and of course to see, hear and smell them! I am very much impressed by the fast Riley Specials, but with all the fuss around licenses/registration (especially the DVLA in Britain…) Better to be careful with Specials, especially if they were built on a shortened chassis. This brings me to the next sensitive subject, replicas and recreations! I will discuss this subject soon in another article, it seems to be a very sensitive subject, especially at this moment! The replica world is in a kind of turmoil, unless you take your replica only to the circuit of course.

Step 1 – After a lot of talking, informing, watching and orientating, with my dad who is always VERY helpful, it looks like my interest grew the most around Salmsons. A fierce car, even more than most Amilcars, and a real ‘poor man’s Bugatti’, exactly how I like it! I already came up with a name, THE Samilcar! One of my specialties is to invent nice car related names… My horse is called Famborghini (GREAT dressage horse and for sale!) and our dogs Bentley and Olleytimer (oldtimer which means classic car in the Netherlands and Germany and probably in some other countries as well). Can it get any worse than this? ; ) 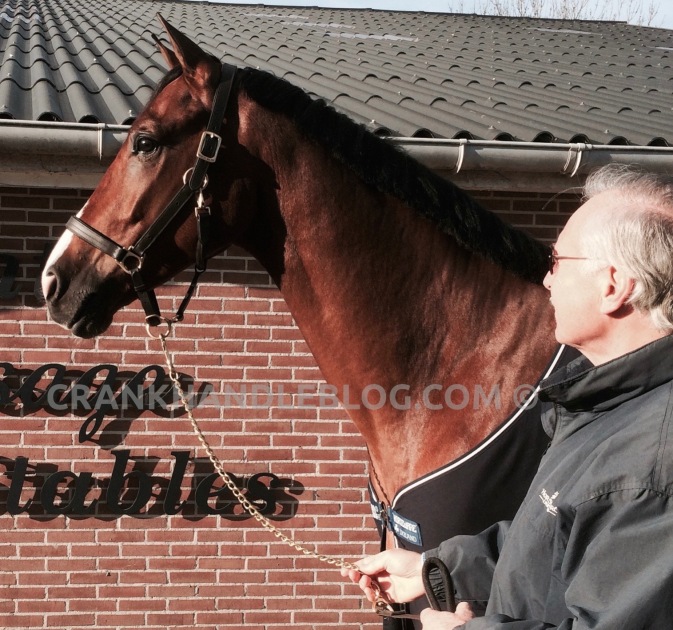 Step 2 – Now that I ogle for a suitable Samilcar, I mean Salmson, I also found out that I would prefer most to acquire a nice project, instead of a shining drive-away car! It is easy and nice to buy a great running car, of course! BUT, I think it would be a great adventure to get a nice, mostly original, chassis and make something great out of it and then do some destructive work on it on purpose, with that I mean patinating it of course! ; )

Step 3 – Brings me to some other great news! A project is a lot of work and all that work would be a great experience and lesson for me as I aim to learn as much as possible about restoring, mechanical things and patinating. So, ready to set and GO and to start learning! Everybody needs to start somewhere and where there is willpower and interest…

I want something really special that catches one’s attention and which I am responsible for, for a big part… With some help of a professional it should be possible to achieve my goal! The last things is that professional/schoolmaster… I found him already! : ) The restoration shop of our cars, ERK Automobielen, is a GREAT place for me to learn, learn and learn! The proprietor is also the man who restored most of that GREAT Hispano H6C, now owned by Jørgen Strøjer in Denmark and which I mentioned before… A great place to get to know the mechanical world and the heart of those lovely automobiles! Perhaps you can soon call me an automotive nerd ; ) 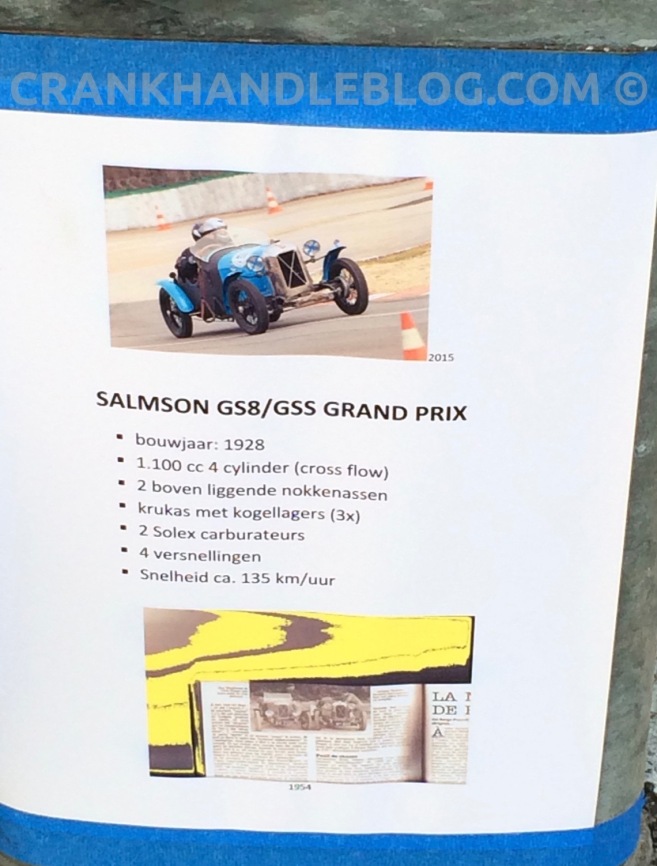 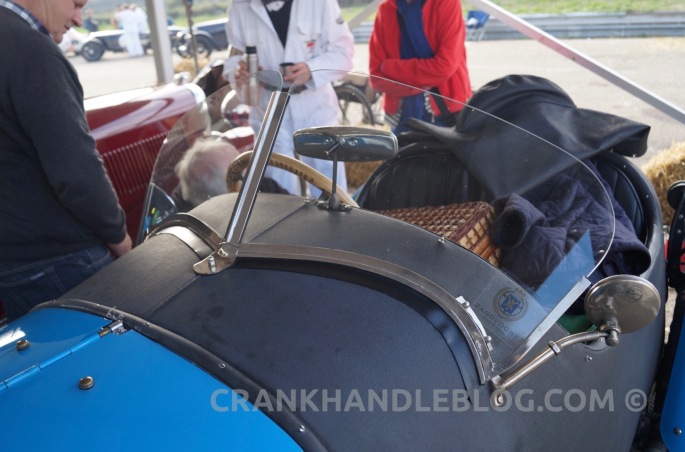 Step 4 – ACTION! My dad and I are busy making my goal into reality, so perhaps I can soon show you my Samilcar! For now you have to do it with my black beauty BMW. It is not vintage, but a beautiful car, I love the well shaped head lights! : ) I might soon baptize it to THE CRANKHANDLEBLOG automobile, keep you posted about all this great stuff! Today my dad and I took a look at a 1924 Salmon VAL3 sport with twin OHC engine, which will be reported SOON! Of course there is MUCH MORE on its way, so stay TUNED!

The last thing I want to say is what this is basically all about… If you have an interest in those WONDERFUL creatures, THE automobiles, but are not involved with them yet or think it is too expensive anyway… Whatever excuse you have, don’t hesitate to get to know this world and just start small. Most of today’s lucky owners did so. Like my dad who started with a bicycle at age 10, then a motorcycle and so on! The way I start is already quite big comparing how my dad did it, so it is a very good idea to also buy a cheap motorcycle and just start tinkering with it. Just take it apart and then put it together again, a good lesson to begin with! Another GREAT example of starting small is Charles Howard, soon more about this GREAT man! : )

I thought this update would be a short story… I am getting as infected as my dad with that petrol head virus… and it is getting worse every day! Talkin about vintage classic cars is not just a hobby, it is an addiction! ; ) 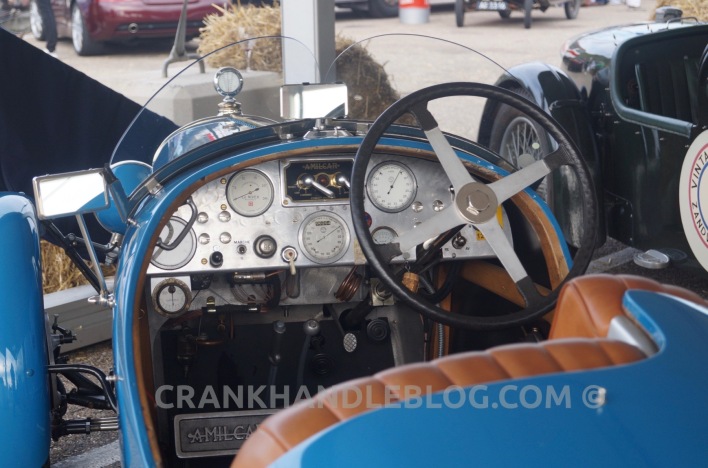 One thought on “HAVE YOU EVER HEARD OF THE SAMILCAR – YOUR AMBITIOUS BLOGGER ; )”