Today an intro for tomorrow’s article… It might be something that most petrol heads never heard of before, unless you’re a Catholic! Quite some objects, e.g. houses and cars, to name just two, were blessed by a priest, of course if the owner was a Roman-Catholic. This is an usual routine within the Catholic church (and as a matter of fact also in other religions, e.g. Hindu).

Why I treat this subject? No, I am not a Catholic and neither religious… The ritual is closely associated with the veneration of Saint Christopher, who will be the subject of an upcoming article in combination with Chantilly… I promise it will be a nice story with some great pics! The pic above shows that even racecars were blessed for a safe ride on the circuit… 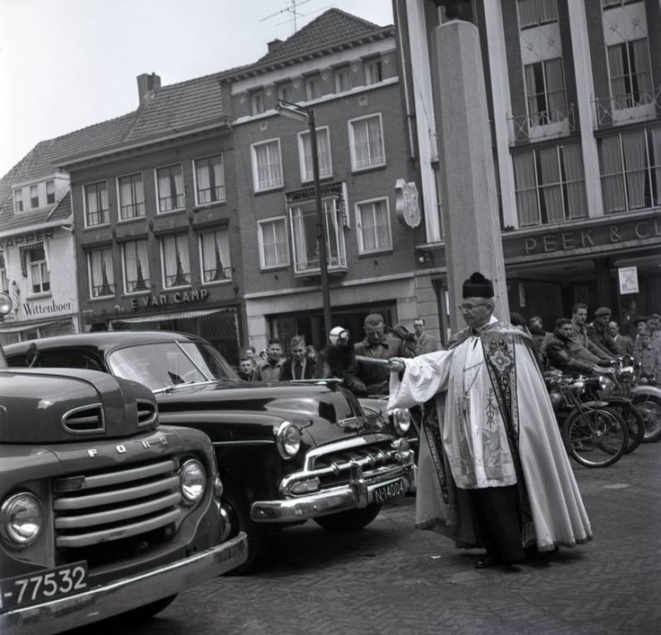 Tomorrow you will learn more about the patron saint of transport, St. Christopher, who – is the belief – protects drivers and their cars. Aren’t we all lucky drivers to have such a guardian angel? But to obtain his protection you must of course first get your car blessed by a priest ; ) 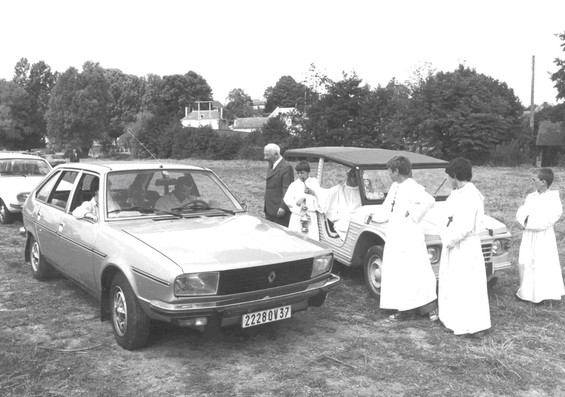 This holy ritual was usually carried out on the streets and dates back to the beginning of the 20th century. The benediction of automobiles was introduced when there was already a fair amount of car traffic and most likely after many lamenting mishaps had occurred.

The ritual went as follows: in a church square or in front of a church cars drove by one by one, like driving thru a Mac-drive, and a priests sprinkled holy water on each car while saying a short prayer such as: May God bless you and bring you home safely. 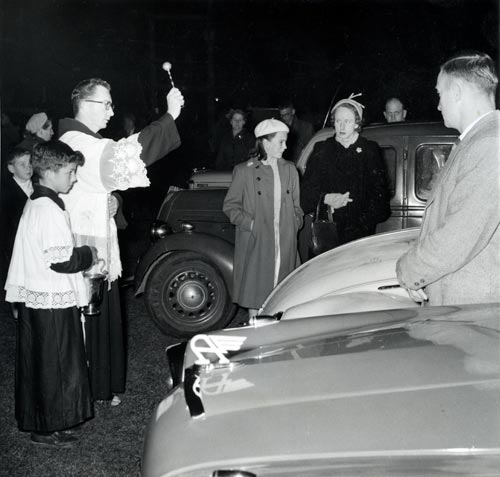 The car blessing ritual mostly took place on a Sunday around July 24th, the celebration day of St. Christopher. Even today, in modern times, this ritual is still very much alive. But mind you, it is not a cheap alternative for a car insurance : ) Oh, and no worries if you are a trucker… trucks and tractors, etc. are welcome as well. 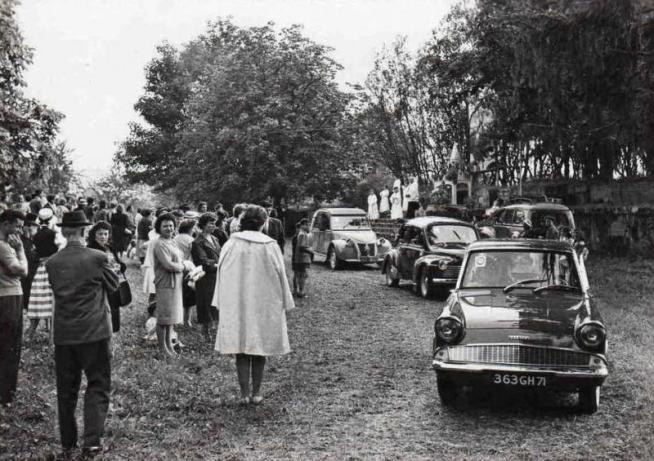 Click here to see the blessings in real life!

One thought on “HAVE YOU HAD YOUR CAR BLESSED YET?”