This 8-litre Hispano-Suiza of 1929, with coachwork by Saoutchik, was ordered new by a Dutch gentleman by the name of Mr. Thurkow. He lived in The Hague, on Plein 1813 number 1, and here is the amazing story of his car as The Netherlands was invaded by the Nazi forces in 1940.

Apparently Mr. Thurkow’s chauffeur, an ardent German nationalist, had favored him buying a Maybach, but Mr. Thurkow was bent upon proving that Germany had no monopoly on motoring excellence.

Then Hitler came to power and the chauffeur became an avid Nazi sympathizer. After the invasion of The Netherlands in May 1940, the German occupying forces requisitioned all large and fast automobiles and the, by now former, chauffeur wanted to take revenge… Continue reading

I have never missed a Bond movie, if only because of the fierce cars that are acting so well. In addition to the explosions and many gunshots, the real thrills are the chases.

When it comes to choosing your fave Bond car, most of us will say the DB5. Some will go for the one-off Toyota 2000GT Spyder. Most youngsters definitely fell in love with the DBS, but very few will answer that the best Bond car ever was a… Hispano-Suiza! Something that… Continue reading

After the ‘street market’ Chapron Delahaye, I also found a neglected piece of Saoutchik lurking in between a Rolls and a Porsche 911… When I found these pics I was wondering what the story of this Pegaso Berlinetta might be. What do you think? A perfectly restored automobile is always a pleasure for the eye, but those neglected pieces are also great! They really show that they have a story to tell, kept hidden under their marks of damage and rust… Click here for more!

This week I didn’t succeed in presenting as many coachbuilders as I had planned to, but after Chantilly next weekend I will make it up and continue with some grandiose coachbuilding legends from Paris!

The master coachbuilder of today’s article is Jacques Saoutchik (1880-1957), who was based in Paris, but his history goes back to the Russian Empire near Minsk. There he was born in a Ukranian-Jewish family as Iakoc Saoutchick.

Saoutchik left his fatherland in 1899 and moved to Paris, where he started a career in the furniture business. As a cabinet-maker he went into… Continue reading 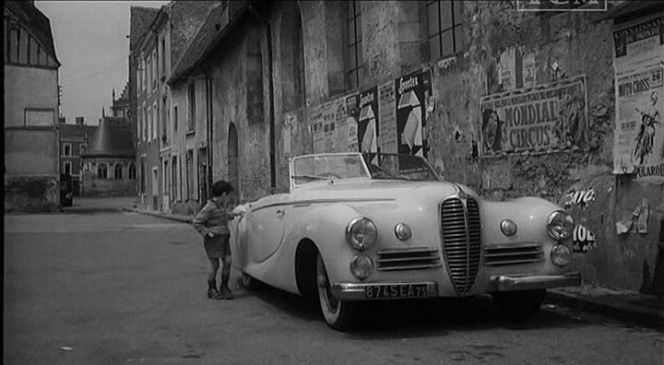