Of the many stories my dad told me about his chases for collectible cars in the 70s and 80s of the last century, one stands out because I was never allowed to talk about it until now.

In the July 2016 issue of the magazine The Automobile (Volume 34, number 5) author Rutger Booy reveals the story of the ‘Secret SS1’, breaking decades of silence and telling the intriguing tale of an SS Jaguar that has been hidden in The Netherlands since the late 1950s.

This car will be one of the preservation treasures shown at the Concours Paleis Het Loo next weekend in Apeldoorn, so if you want to see this unique car in real, then come to Apeldoorn. Or buy yourself a copy of The Automobile.

It was in 1974, while renovating an old town house, that my dad, then still a student, invited a tiler for a beer after having completed his work. Getting to talk about cars, the man told him that he knew of a Jaguar SS100 somewhere… Continue reading 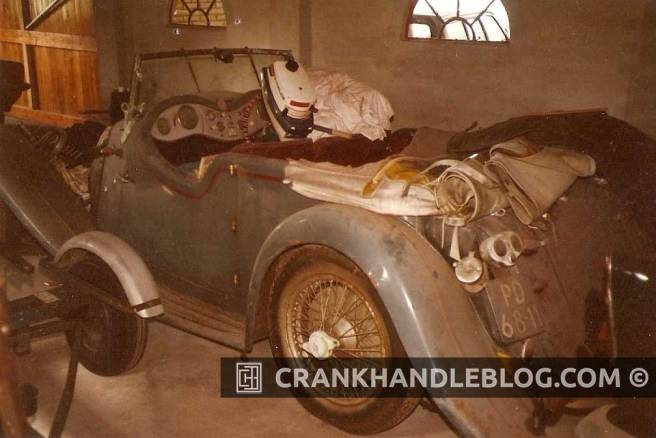