After yesterday’s introduction of the Blue Train races, we continue today with the life of the most famous Bentley Boy. The bespoke playboy Woolf ‘Babe’ Barnato (1895-1948) was a British financier, like his dad, but most of all a daring racing driver of the 1920s. His life consisted of sex, drugs and cocktails with a lot of roaring Bentley engines and exhaust fumes.

Why you should never ever have gotten into one of his daily cars? Well, those were blinded with curtains. You probably already know now what the reason was that his cars really were a playboy mansion on wheels… Next to his image of being a Woolf, he was a true star in the automotive and racing world. He won three times the 24 Hours of Le Mans in a row, and of course also the Blue Train victory in his Bentley Speed Six with body by H.J. Mulliner.

To start at the beginning though, there was a most interesting family history behind this man. Our protagonist was… Continue reading 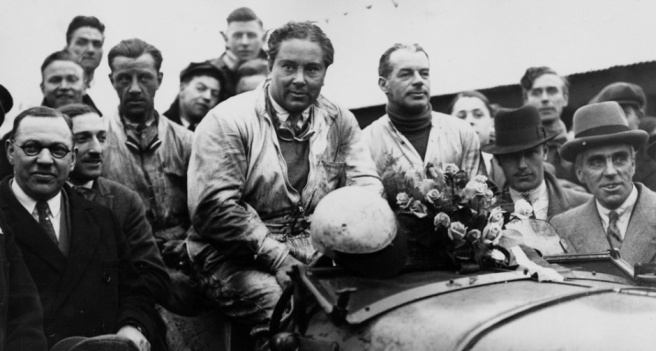 One of the things we petrol heads like is speed and this is something that gave us so many great stories thru history. The Land Speed Records are one amazing example, but the Blue Train Races were most exiting races as well. So let’s get back to these glorious races, with first some blues to end up later in a crazy world full of sex, drugs and cocktails, the life of one of the most famous  playboys as well as an important man in Bentley history.

But first the blues. Back in history there were supercars just like we see today and as we petrol heads are a bit crazy, we come up with great and crazy ideas. One of these ideas was The Blue Train race. A series of record-breaking attempts between automobiles and trains in the late 1920s and early 1930s. I am not sure if there are people still holding such races today, but sadly times have changed and it would be impossible to beat a high speed train nowadays, unless you… Continue reading